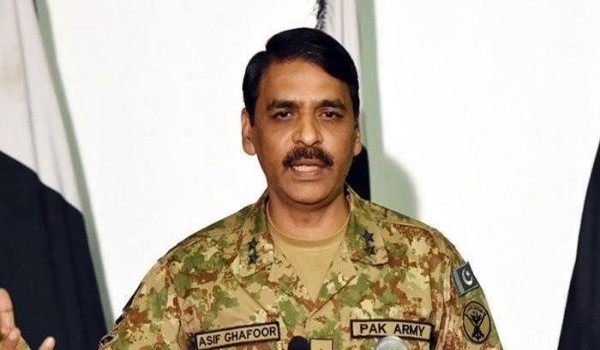 The simmering diplomatic tension between Pakistan and India is threatening to spill over following a deadly bomb attack in Kashmir that killed at least 42 soldiers days ago.

Reports say Pakistani authorities have sternly warned that they will respond to any attack by India with “full force”.

The warning was issued by the Pakistani army on Friday amid heightened tensions between the nuclear-armed neighbours, as Islamabad said it took over the base of a militant group that claimed the deadly bombing in Kashmir.

“We have no intention to initiate war, but we will respond with full force to full spectrum threat that would surprise you,” Ghafoor told reporters in the garrison city of Rawalpindi. “Don’t mess with Pakistan,” he added.

Moments after the deadly Kashmir attack, India’s Prime Minister Narendra Modi promised a “strong response” and also called for “the complete isolation of Pakistan” for harbouring the armed group behind the devastating attack.

“We will give a befitting reply,” Modi said in a speech on Friday morning, soon after he called his security advisers to consider a response to the worst attack on Indian security forces in decades.

“Those who committed this heinous act will pay a heavy price. Those who supported it will definitely be punished,” he was quoted as saying by the Indian Express newspaper.

“If our neighbour thinks it can destabilise India, then it is making a big mistake.”

Recall that the incident which saw a Kashmiri rebel ram an explosive-laden car into a bus carrying personnel of the Central Reserve Police Force (CRPF) was immediately claimed by the Pakistan-based militant group Jaish-e-Mohammad (JeM).

Related Topics:PakistanPakistan threatens to respond to any attack by India with 'full force'Pakistan warns India
Up Next

Tragedy in India as tainted liquor claims 50 lives, 50 others hospitalised

Trouble looms as China defies US moves on Venezuela