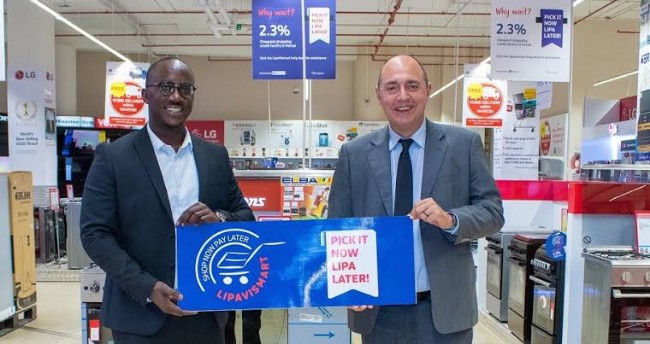 Lipa Later, a Kenyan buy-now-pay-later (BNPL) startup, has announced closing US$12 million in a new raiser.

The new raiser is funded by a network of investors looking to help Lipa Later increase coverage in existing markets.

According to the buy-now pay-later startup, the development will push it to expand into new markets.

Lipa Later was founded in 2018 on a vision to leverages data analytics in providing consumers with access to convenient and affordable credit.

The startup deploys a credit-scoring and machine learning system to help consumer sign up and get a credit limit in seconds, without the need for bulky documentation and a lengthy approval process.

Tech Trivia: What type of connector do most analog headphones have?

Digital grocery retail startup, Tawfeer Market, has secured a US$500,000 seed round.

The startup allows users find and purchase groceries via its digital platform operating from Egypt’s second most populous city, Alexandria.

The raiser, according to local media, will help build on Tawfeer’s impressive early growth.

The startup was founded in 2019, and as since been growing its assets and bottom line.

Tawfeer’s app has been downloaded more than 100,000 times, with tens of thousands of orders growing at a steady two-digit rate month-on-month.

Co-founder and CEO, Ahmad Fasseeh, who spoke on the potentials of the market, noted that the grocery retail market was enormous, with chances of exceeding US$50 billion.

He said: “The future of online grocery retail in Egypt is expected to grow exponentially, leaving room for many players to fulfill different needs.

“Retail grocery consumers seek three main criteria: variety, convenience, and price. Tawfeer Market tries to offer the right formula that fulfills consumer needs in the majority of their orders, offering the most commonly ordered 4,000 SKUs, including fresh and frozen food, at the lowest price within 60 minutes.”

Headphones are small speakers that can be worn in or around your ears. Traditional headphones have two ear cups attached by a band that is placed over your head. Smaller headphones, often called earbuds or earphones, are placed inside the outer part of your ear canal.

Like speakers, headphones contain transducers that convert an audio signal into sound waves. Headphones that connect to an analog audio port (such as a 3.5 mm audio jack) process analog audio.