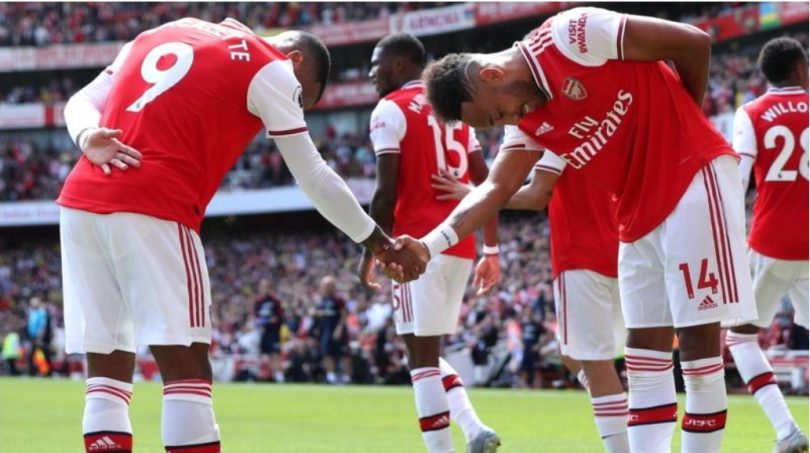 A thrilling Premier League clash at the Emirates Stadium saw both forwards score to help the Gunners secure a 2-1 victory over their visitors.

Having kicked of their league campaign with a 1-0 victory last Sunday at Newcastle United, Arsenal have earned all six points so far.

With Saturday’s victory, they record successive wins at the start of a Premier League campaign for the first time since 2009.

Lacazette, who just returned from injury, held off Erik Pieters and shot between the legs of goalkeeper Nick Pope to put Arsenal ahead in the 13th minutes.

Burnley equalised just before the break when Ashley Barnes converted at close-range from Dwight McNeil’s deflected pass for his third goal in two matches.

With the match gone past the hour mark, Real Madrid loanee, Dani Ceballos recovered possession to set up Aubameyang for a powerful, low finish with 64 minutes played.

The Gabon striker helped Arsenal win at Newcastle and also scored the winning goal against Burnley.