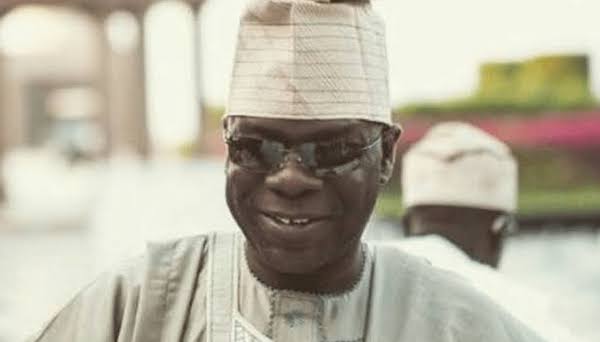 The All Progressives Congress (APC) has threatened sanctions against any of its member found to be behind the court case instituted against the party’s recently constituted Caretaker Committee.

A chieftain of the ruling party, supposed to be from Lagos State, Lateef Arigbaruwo, recently filed a suit, faulting the June 25 APC’s National Executive Council (NEC) meeting presided over by President Muhammadu Buhari and the caretaker committee constituted at the meeting.

In the suit marked FHC/L/CS/789/2020, Arigbaruwo faulted the NEC meeting of the party and urged the court to ascertain “whether having regards to Article 25, paragraph B (i) and (ii) of the Constitution of the party, the 24 hours’ notice given by the 2nd defendant for the NEC meeting held on June 25 was valid and legal”.

Arigbaruwo, equally, asked for an order of the court setting aside all the decisions that were taken at the NEC meeting, which he “declared illegal on the grounds that it was conveyed on June 24 and held on June 25, contrary to Article 25 of the APC Constitution”.

But responding in a statement made available to Ripples Nigeria on Friday and signed by the Lagos State chapter Chairman of the APC, Tunde Balogun, the party said:

“We have seen a report in a national newspaper that a purported APC member in Lagos State had instituted a case at a Federal High Court, against the party’s National Caretaker Committee.

“We believe the person who instituted the suit is not a member of our party because it is highly doubtful that a bonafide member of the APC in Lagos in good standing would initiate such an action; we will, however, investigate the matter.

“Here, I want to reiterate the stance of the APC in Lagos. No party member should file a court action regarding the recent National Executive Committee meeting of the party in Abuja particularly if that person has not even sought to initiate internal conflict resolution processes to resolve any dispute they may have with the NEC decisions.

“Lagos APC will not turn a blind eye to the flouting of the constitution in this manner. We are trying to restore order and decorum to the party and thus no member should seek to sow confusion. Any party member involved in the institution of any such case should withdraw the case from court forthwith. Failure to do so, will subject that party member to sanctions enumerated in the constitution, which may include suspension or expulsion.

“No party can flourish when members engage in instituting frivolous court cases for the sole purpose of causing disunity and turmoil. This is an act of gross indiscipline which cannot be sustained and which we will not allow.”