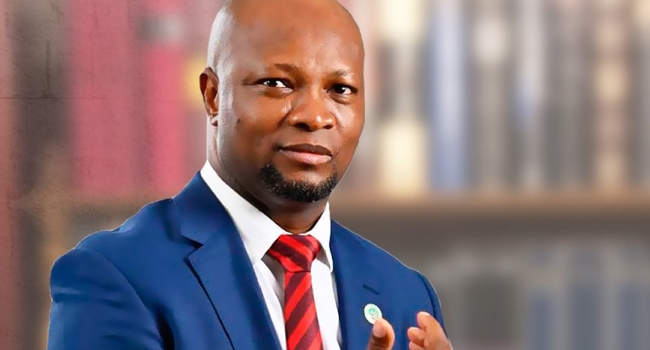 Dr. Abdul-Azeez Adediran, also known as Jandor, the governorship candidate for the Peoples Democratic Party (PDP) in Lagos State, on Tuesday, denounced the constant attacks on his campaign vehicle by alleged political thugs.

During his campaign tour of the council, Adediran addressed the issue at a meeting with the Chief Imam’s council at the Ketu Central Mosque in Kosofe Local Government Area.

The candidate said that earlier in the day, hoodlums in the council attacked his campaign train, stabbing one member of his security team.

Since he started his tour of 245 wards on October 19, 2022, he claimed that identical circumstances had occurred numerous times in a variety of local government districts.

He further stated that some of his supporters, including journalists, had suffered injuries.

Adediran said that his campaign train had been attacked in Badagry, Agege, among other locations, but he insisted that the incident would not stop him from freeing the state from the All Progressives Congress’s rule.

He claimed that his determination to bring in fresh air and relieve the state’s citizens of their myriad pains is unbreakable.

The PDP candidate further bemoaned the fact that earlier in the day, Funke Akindele, his running mate, was similarly ejected from the Kosofe Fruit markets in the council.

He added that this trend was not good for the nation’s democracy while reiterating that he would not be discouraged.

Adediran further claimed that his entry into the race was required by his goal to release the state from captivity and save it by making the wealth in the state work for everyone rather than just a select few.

Commending the league of Imams for their courage to agree to honour his call for an interactive session with them, Adediran said some turned such an overture down out of fear of the ruling party.

The candidate, who sought partnership from the Islamic clerics, urged them to offer prayers to God for him.

“What is happening, we do not want it again. It is not good for democracy, but despite the attacks, we are moving and still motivated to rescue our people.

“I know it is only God that can give and take, if God gives you, no one can take it,” he said.

‘I can’t campaign for those who didn’t ask for it,’ Wike aims another dig at Ayu, Atiku at Rivers PDP rally