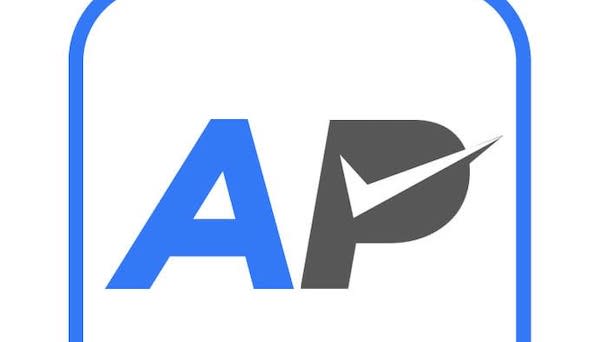 In a bid to provide a trusted and reliable service, Nigerian fintech startup AtaraPay has, today, announced launching its escrow service. According to the startup, this development was considered in order to remove “monetary bottlenecks” and resolves issues during transactions when Nigerian online end users engages various payment gateways. AtaraPay, which is a web and mobile tool, leverages the market by building a platform that can be used by both sellers and buyers. Going by its design, the facility provides protection during any online or offline commercial transaction through funds held in escrow by a trusted third-party.

Product analysts who commented on the technology noted that the platform aimed to help social media sellers by developing a robust and detailed documentation portal on its plugins to assist payment integrators to deploy escrow service on e-commerce portals. However, critics have highlighted the risk of trusting another third party with funds, arguing that, the ecommerce venture will only get more expensive. Meanwhile, as confirmed by founder Yemi Adebiyi, AtaraPay has proceeded entering into partnership with Consolidated Hallmark Insurance in the view to guarantee all funds.

Cybersecurity startup Censys has secured $15.5 million in a series A round of funding. According to the cybersecurity startup, the round was co-led by Google’s GV and Decible. However, reports on the deal noted that the round also saw participation from Greylock Partners, a leading venture capital firm based in Silicon Valley. The startup provides an attack surface management platform to high-profile companies like Google.

According to the company’s history, the company began as a research project at the University of Michigan in 2015 and soon spun out as a standalone company in 2017. Describing the model further, the company mentioned that its original guise was like a search engine for internet-connected devices. Converting revenue for the company comes by allowing companies to manually search for data pertaining to their infrastructure exposure. However, last year Censys launched an attack surface management platform, what analysts noted as what effectively made it become “the detective who finds it all for you.”

Which billionaire takes a nickname after I/T giant Oracle?

South African tech and business managers have welcomed a new online course to boast productivity, a development made possible by Kuba Technologies. According to media reports, the course is expected to cater for those facing retrenchment, with innovative business ideas and for township entrepreneurs negatively impacted by the pandemic. Kuba, which is a 3 year old startup, aims to work toward unlocking the potential of small businesses across Africa through the use of its innovative digital platform.

On Wednesday, Shift Fund opened applications for Enygma Ventures’ sub-fund Shift, calling on entrepreneurs in Southern Africa who are passionate about driving innovative solutions to address Africa’s challenges both during and after the COVID-19 pandemic. The initiative, which is a partnership between Enygma Ventures and Startup Circles, was launched in April 2020. According to the dou, the aim of the ZAR20 million (US$1 million) fund is to support African startups, entrepreneurs and innovators that are building solutions for the post-pandemic world.

Speaking on the initiative, Enygma Ventures co-founder Jacob Dusek lauded the venture, noting that its first call for application saw a massive turnout. He said: “Our first call for applications to the Shift Fund was incredibly successful – we received over 900 applications and the entrepreneurs selected have been participating in an acceleration programme with Startup Circles since June. Several of these entrepreneurs will receive pre-seed funding and two companies will receive seed funding this coming month.”

Going global with its reel feature, Instagram has significantly made effort to challenge TikTok on short-form creative content. Launching in about 50 countries, including the U.S., Reels will now be available in key international markets, such as India, Brazil, France, Germany, the U.K., Japan, Australia, Spain, Mexico, Argentina and several others. Analysts have noted that the timing seemed “firtuitous,” given TikTok’s uncertain future in the U.S. as the Trump administration weighs either banning the Chinese-owned app entirely or forcing it to sell off its U.S. operations. This is not the first time another product will be aggressively wrestling TikTok.

In late 2018, Facebook reportedly launched a TikTok clone called Lasso. However, the app didnt record much was and was later considered to back down. On this killer move from Facebook, analysts stated that though the product was unsuccessful as a standalone product, Lasso still represented Facebook’s ability to run what are essentially large-scale beta tests that don’t have to generate revenue. To this becoming, following Lasso’s tests, Instagram released Reels in Brazil in November 2019, where it was called Cenas, to see how Instagram users would respond to a different sort of mobile video experience. As the feature gets to the rest of the world, is this not Facebook, parent company of Instagram, digging the grave of TikTok?

Living and working in Omaha, Nebraska, Buffett was nicknamed the “Oracle or Oracle of Omaha” due to his investment selections. Warren Edward Buffett is an American investor, business tycoon, and philanthropist, who is the chairman and CEO of Berkshire Hathaway.

He is considered one of the most successful investors in the world and has a net worth of US$71.8 billion as of July 2020, making him the fourth-wealthiest person in the world.

Bauchi health workers to embark on indefinite strike from Thursday