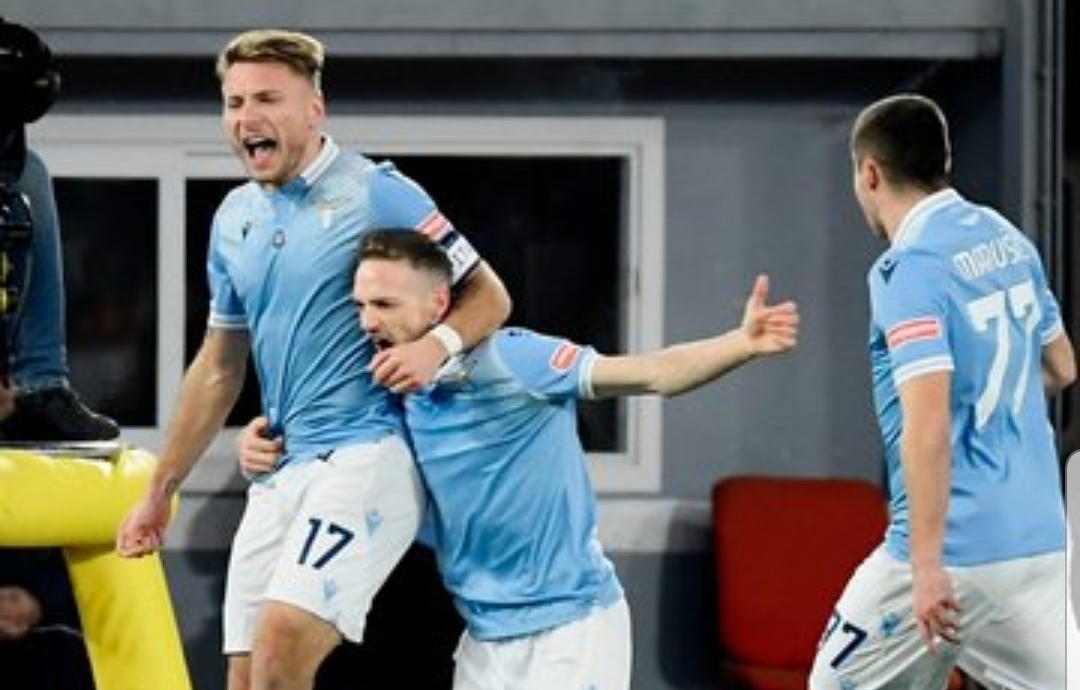 Lazio Roma put up a dominant show against city rivals AS Roma in a one-sided derby that saw them seal a 3-0 victory.

The home side, who had Manuel Lazzari torture Roma defenders, won the game with Ciro Immobile scoring the opener followed by a brace from Luis Alberto.

With the win, Lazio climbed above Sassuola to seventh in the Serie A table, sitting just two points behind fourth-place Juventus.

AS Roma, who have won 10 matches in the league this season and have picked up four draws, stay on third spot, six points behind leaders AC Milan.