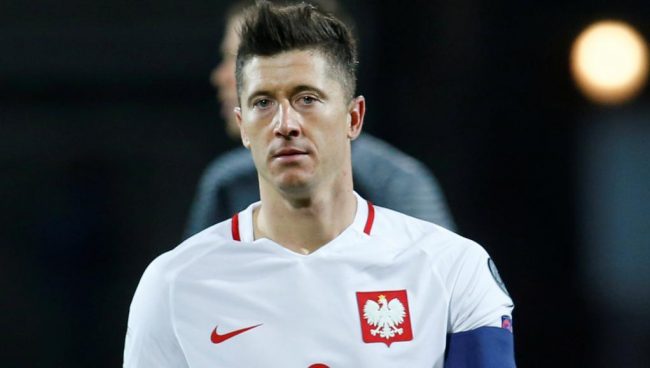 Bayern Munich and Poland forward Robert Lewandowski has slammed his country’s performance during their opening game at the 2018 FIFA World Cup against Senegal on Tuesday.

The Teranga Lions of Senegal saved Africa some embarrassment when they broke the jinx of defeat on African teams at the World Cup by beating the Poles 2-1 to kick off their campaign in a good note.

Poland, favourites of Group H, went behind in the first half through a 37th-minute own goal by Thiago Cionek.

In the second half, Grzegorz Krychowiak played a high back pass that striker M’Baye Niang controlled ahead of goalkeeper Wojciech Szczesny before tapping into an empty net to put Senegal 2-0 up.

But Krychowiak headed in a consolatory goal in the 86th minute from a Kamil Grosicki free-kick, and all efforts to level proved abortive.

“They tried more than us and wanted to play football, we kept making simple mistakes. It’s always difficult when you let in simple goals, especially the second,” Lewandowski, who failed to provide an attacking threat up front, told reporters after the game.

“We played with no tempo or pace and very little communication. We were playing it side to side with no urgency or looking to move the ball forward and this type of play is not effective.

“We didn’t get any good forward balls to do anything with, and instead concentrated on keeping the ball at the back and keeping possession. We also made a lot of simple mistakes and when you’re making these simple mistakes it makes it difficult to attack,” he stated.

Poland face Colombia in their next match, while Senegal battle Japan.