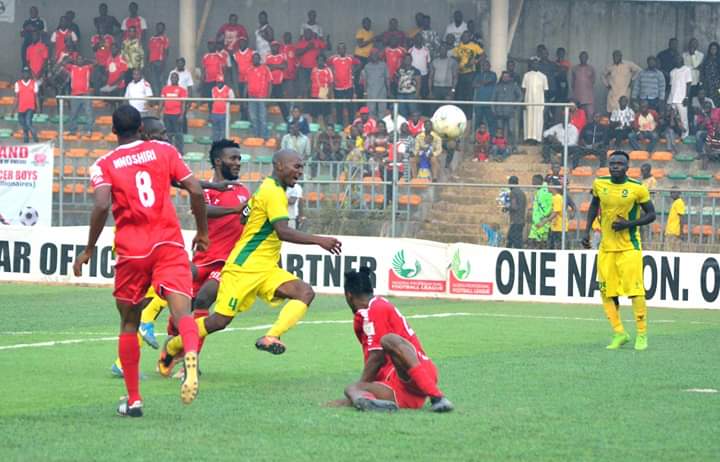 The tussle at the summit of the Nigeria Professional Football League (NPFL) table has become persistent as Lobi Stars returned to the top spot on Sunday.

Lobi, who began the weekend on second spot, defeated Nasarawa United 2-1 at the Aper Aku Stadium.

Chigozie Obasi put Lobi ahead in the 8th minute while Samad Kadiri doubled the advantage in the first minute of added time, before Chinedu Ohanachom pulled a goal back for Nasarawa United deep into stoppage time.

Former leaders, Plateau United dropped to second with a draw against MFM.

The former champions were held to a 0-0 draw by MFM at the Agege Stadium.

In Akure, Sunshine Stars and Kano Pillars battled to a 2-2 draw in a thrilling encounter.