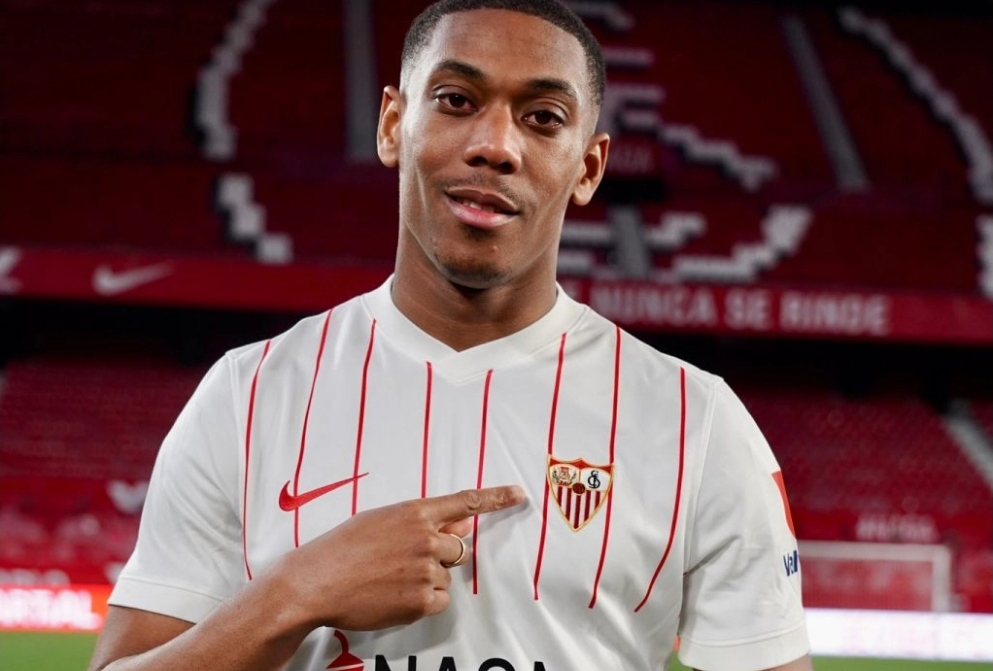 Premier League club, Manchester United have released forward Anthony Martial to join Spanish LaLiga side Sevilla on loan for the remainder of the season.

The Red Devils confirmed the loan move in a statement on their official website on Wednesday afternoon.

“Manchester United forward Anthony Martial has joined Sevilla FC on loan for the remainder of the 2021/22 season,” the statement read.

“The Frenchman completed a medical in Andalusia, after the two clubs agreed terms for his temporary transfer.

“Martial has made 269 appearances for United, scoring 79 goals, since joining the club from AS Monaco in the summer of 2015. He has helped the club to win the FA Cup, the League Cup and the UEFA Europa League.

“The 26-year-old featured as recently as Saturday’s 1-0 win over West Ham United, when he was a late substitute and involved in the move which led to Marcus Rashford’s injury-time winner.

“However, Martial has been open about his desire to seek more regular first-team football, and will now hope to find that with the Rojiblancos, who currently lie second in La Liga.

“Martial, who will wear Sevilla’s no.22 shirt, will become the second United player to appear in Spain’s top flight this season.

“Our young Uruguayan winger Facundo Pellistri has featured in 17 league games so far for his loan club, Alaves.

“Everyone at United wishes Anthony the best of luck for his time at Sevilla.“