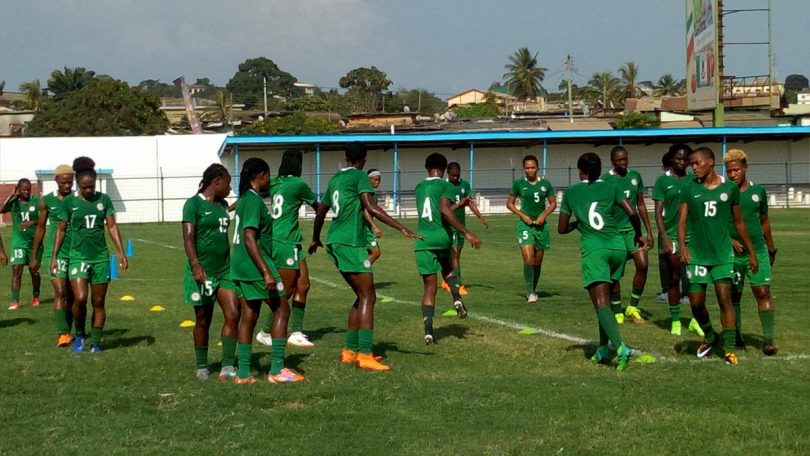 The Super Falcons of Nigeria will battle their Cameroonian counterparts in a semi-final clash at the ongoing Africa Women Cup of Nations (AWCON) in Accra Sports Stadium, Ghana on Tuesday.

Both teams will be seeking a spot in the final of the CAF competition and also an automatic ticket to the 2019 FIFA World Cup in France, as only the best three teams in Ghana will represent the continent at the global stage.

The Falcons defeated Cameroon in the final of the 2016 edition in Yaounde, and the Indomitable Lionesses will be filing out today seeking revenge over the defending champions.

The Cameroonians have lost a total of 9 times to the Super Falcons, including the final of the 2014 edition hosted by South Africa.

Speaking ahead of the clash, Cameroon coach, Joseph Brian said: “We are out for revenge. In 2014 and 2016 we weren’t good enough. Everyone knows Nigeria have beaten us a lot over the years, but we are prepared for them now.

“We are focused on what we want to achieve that’s why we are here. We have been playing in Accra but in terms of our preparation we don’t change anything because it’s Nigeria.”

The Super Falcons kicked off their campaign with a disappointing 1-0 defeat to South Africa, but bounced back with a 4-0 mauling of Zambia in their second group match.

The Nigerian ladies went on to recover their best form as they thrashed Equatorial Guinea 6-0 to advance to the semifinal stage in the eight-team tournament.

“This is going to be a tough test but I think we have a really good chance of beating Cameroon. We have worked on our mistakes against South Africa, every game has its own life and we will approach this game on it’s own merit,” Falcons coach, Thomas Dennerby said ahead of the clash.

Nigeria are the most successful team in Africa, having won the competition a total of eight times, and gunning for their 9th title in this 11th edition.