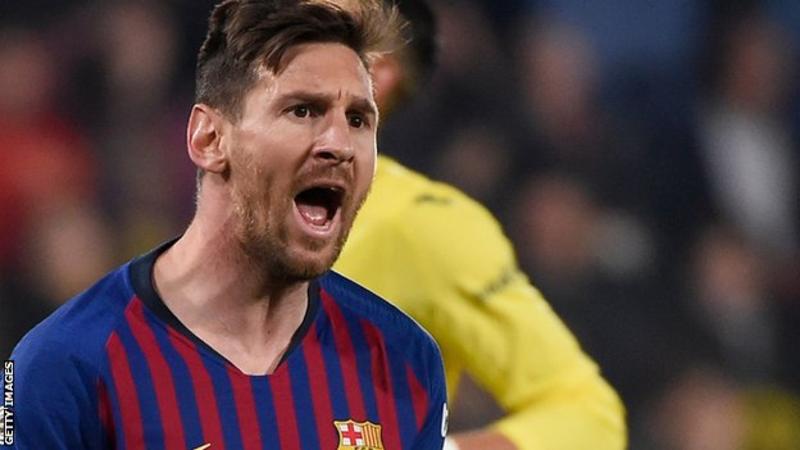 Lionel Messi has blamed Barcelona’s inconsistency and weakness as reasons they failed to successfully defend their Spanish La Liga title.

Barca fell to a shock home defeat to Osasuna on Thursday night while Real Madrid defeated Villareal to clinch the title for the 34th time.

Messi’s side were leading the pack before the coronavirus pandemic forced football activities to be halted in Spain, but a few draws after resumption caused major setbacks.

“We didn’t expect to finish in this way, but it sums up the year for us.

“We are a weak team who can be beaten with enough intensity and enthusiasm.

“We have lost a lot of points which we shouldn’t have done. We have been very inconsistent.

“We need to be self-critical, starting with the players, but also across the entire club. We are Barcelona, and we are obliged to win every game.”

Barcelona are still in the Champions League. They host Napoli in the second leg of their round-of-16 clash next month.