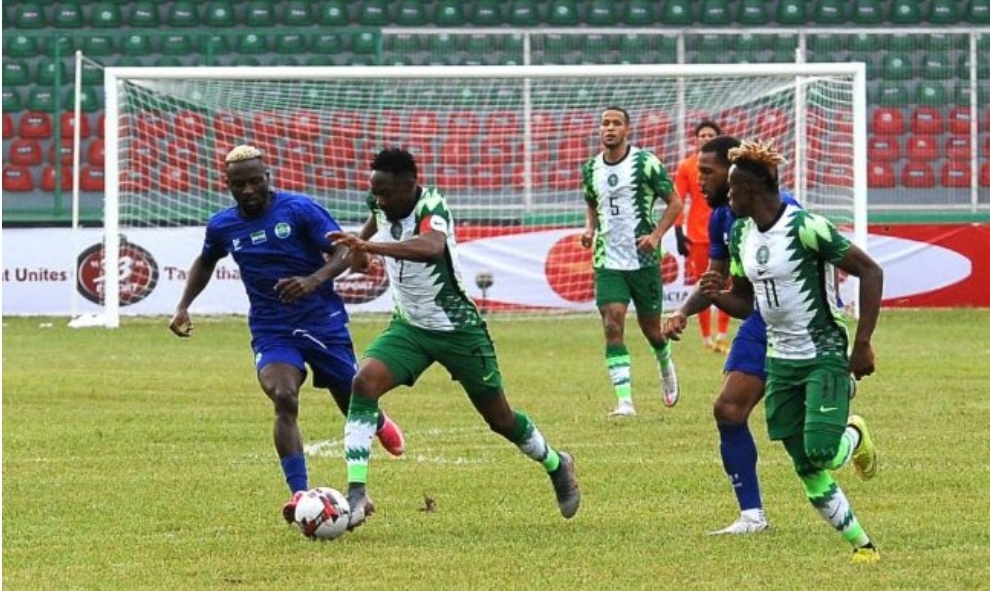 Super Eagles captain, Ahmed Musa, has apologised to fans following their shock 4-4 draw with Sierra Leone in an Africa Cup of Nations (AFCON) qualifier in Benin.

The Eagles were shocked on Friday evening when the visiting Leone Stars fought from four goals down to draw 4-4 and pick a point from the encounter.

A brace from Alex Iwobi and goals from Samuel Chukwueze and Victor Osimhen saw the Gernot Rohr side cruising in the first half before Quee Kwame, Mustapha Bundu and Alhadji Kamara (brace) scored to equalise.

Musa, who played for most part of the game, has expressed his sympathy for Nigerian fans, assuring of a better performance when the teams go head to head again next Tuesday.

“Dear Nigerians on behalf of myself and my teammates we are really sorry for the disappointment,” Musa said in a video published on the Super Eagles verified Twitter handle.

“We are going there and do our best to see that we qualify for the AFCON and we know we can do it.

“On behalf of myself and my teammates we are very sorry for the game, we will make it up,” the captain said.

Despite the draw, the Super Eagles remain top spot in Group L with seven points, and will face Sierra Leone in matchday four at the Siaka Stevens Stadium in Freetown on Tuesday.

‘Never bet against me’, Trump remains confident of snatching victory from Biden