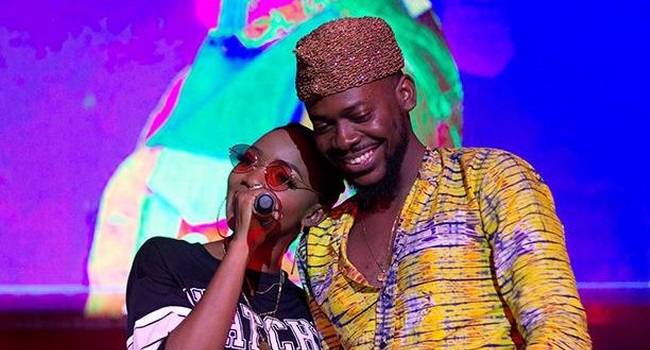 Three weeks after staging an introduction to the delight of family and friends in the Magodo area of Lagos, music lovebirds Adekunle Gold and soulful singer Simi will be engaged in a traditional wedding today at an event in Victoria Island, Lagos.

Reports say only 300 guests will be privileged to witness the talented pair perform rites at the exclusive event which will witness the attendance of prominent principals of the Lagos State Government.

And with the trend of secret wedding now becoming a fad, sources say camera phones, and other gadgets may not be permitted at the event venue, so as not to allow pictures of the wedding flood the internet.

The celebrity pair will also stage a white wedding slated for Thursday at Ilashe beach as they both take important steps be legally married three weeks after they decided to have a quiet introduction where attendees were just family members and close friends.