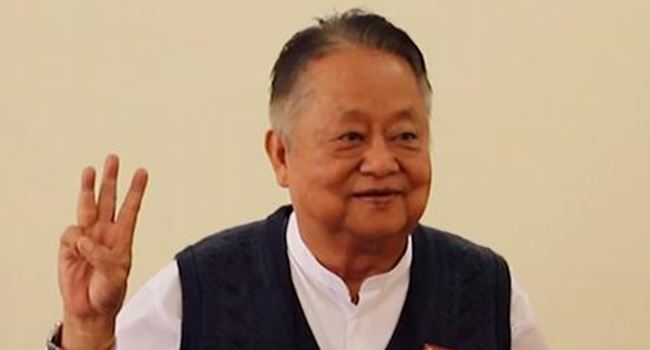 The military in Myanmar have effected the arrest of Win Htein, 79, a trusted aide to overthrown leader Aung San Suu Kyi who was arrested on Friday, days after a coup that sparked outrage across the world.

In a brief interview with Reuters news agency, Win who personally confirmed his arrest said that he was being taken by police officers in a car from Yangon to the capital, Naypyidaw.

He however did not say what charges he could face.

“They are gentlemen so I can pick up the phone,” Win said. “We have been treated badly continuously for a long time. I have never been scared of them because I have done nothing wrong my entire life.”

Win’s arrest came a day after the military moved to block Facebook and other social media platforms in the country, accusing people of using them to create instability.

The Ministry of Communications and Transport said the restrictions would remain in place until February 7.

“Currently the people who are troubling the country’s stability … are spreading fake news and misinformation and causing misunderstanding among people by using Facebook,” the ministry said in a letter.

However, critics see the move by the military as a plot to quell dissent after detaining the country’s elected leaders and seizing power in a coup that the United Nations chief said must fail.