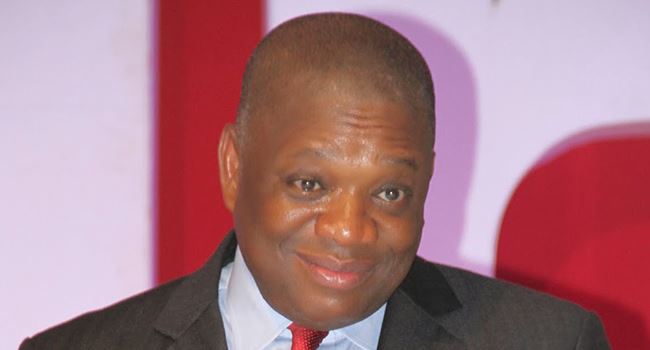 A former Commissioner for Finance in Abia State, Ude Udeogo, on Wednesday, denied having contact with a former governor of the state, Orji Kalu in the alleged N7.2bn fraud case against him.

Udo spoke during his trial at Federal High Court sitting in Lagos.

He said he had no direct contact with the governor except through the Chief of Staff at Government House, Umuahia.

Mr Udeogo is the second defendant in the alleged N7.2billion money laundering case against himself, former governor Kalu, and a company, Slok Nigeria Limited.

“My duty then was just to work out the release of funds in any form, either by cash or cheque from the accounts,” he said.

He also told the court that all monies released were done after the approval of the Chief of Staff, stating that he or any of his staff did not receive any money to pay into the account of the third defendant.

During cross-examination, Mr Udeogo while answering questions from the prosecuting counsel, Rotimi Jacobs, told the court that he had a company with his wife who is now a sitting judge of the Abia State High Court and had no idea a civil servant was not meant to collect contract from the government they work for.

“I own Udex Nigeria Limited with my wife. I didn’t know a civil servant cannot collect contract from the government,” he said.

In his statement to the EFCC, Mr Udeogo said he had received verbal instructions from the general manager of Slok Nigeria Limited to help them recover their debt which was why he raised a draft in his company’s name and later gave it to Slok.

Mr Udeogo opened his defence on Wednesday after the first defendant, Mr Kalu, closed his case on Tuesday and is expected to present five witnesses in court for his defence, including himself.

Mr Udeogo alongside the other defendants, are facing a 39-count charge bordering on money laundering and fraud to the tune of N7.2billion preferred against them by the EFCC.