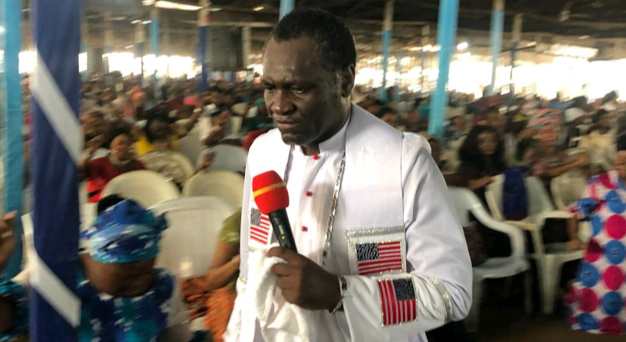 Founder of the Resurrection Praise Ministries for Africa, Archbishop Samson Benjamin has called on the United States of America to take another look at the immigration visa ban placed on Nigeria.

Though he noted that President Donald Trump of the United States had good reasons for the ban, he however lamented that it would affect thousands of innocent and hardworking Nigerians, rather than the policy makers, which should be the target.

It would be recalled, that the U.S had imposed an immigration visa ban on Nigeria, and some other countries, expected to take effect from February 21, which it said were designed to “address security concerns in the way the banned countries track their own citizens, share information with the U.S. and cooperate on immigration matters”.

Reacting to the new policy on Sunday, Archbishop Benjamin stated that a multitude of Nigerians will suffer for the sins of a few people, even as he hoped that the new policy will prompt Nigerian leaders to be more proactive in issues of insecurity.

He noted that many students and business people from Nigeria will be affected by the new policy, and called on President Trump to have a rethink, and consider the long standing relationship that has existed between the two nation’s for decades.

The cleric called on the Nigerian government to tackle the insecurity issues in the country, which he said had gotten to a worrying level, as many people had been killed, and properties wasted.

Benjamin, who was at the forefront of campaigns to delist Nigeria about ten years ago when the US placed the country on a terror countries list, noted, that Nigeria’s new visa policy could have also been a reason for the US action.

While commending the administration of President Muhammadu Buhari for closing Nigeria’s land borders with some countries, which he said was a good move for the nation’s economy and people, Benjamin however noted that the new visa on arrival policy was risky, as it makes entry into the country too easy, as different kinds of people can come in easily.

He recalled that the administration of former President Goodluck Jonathan had mulled a similar visa policy, it was mostly targeted at investors willing to come into Nigeria.

Benjamin, also called on government to take issues of human rights abuses in Nigeria more seriously, and implement policies that would tackle such issues.

On information sharing complaints by the US, the Archbishop called on security agencies to look at the issues, even as he stated that information on crimes, and terrorists which do not affect national security should be shared with other agencies from other countries, especially the US, as this will help tackle the crimes and criminals.