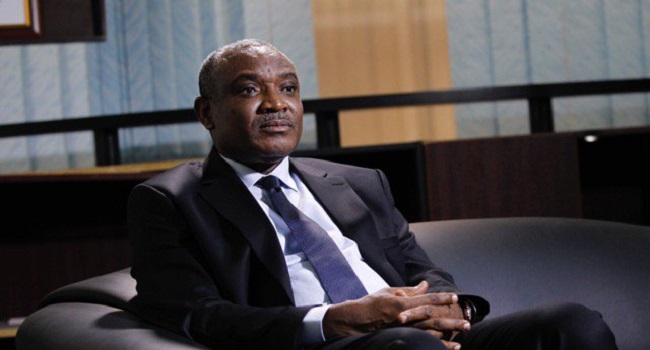 The Federal Government said in its investigation of alleged corruption involving five senators, it has written the National Crime Commission of the United Kingdom UK to assist it.

The five senators, Ike Ekweremadu, Hope Uzodinma, Stella Odua, Peter Nwaoboshi and Albert Bassey Akpan, were said to own properties in the UK and the British Virgin Islands.

The development was made public by the chairman of Special Presidential Investigative Panel on the Recovery of Public Property (SPIP), Okoi Obono-Obla, at a news conference in Abuja on Monday.

Describing some of the activities of the panel in 2018, Obono-Obla said, “The UK has passed a law that will also help us in Nigeria fight corruption and that is the ‘Unexplained Wealth Regulation’ which entails that if you have a property in the UK that is above $50, 000, you have to explain your source of wealth, and property here does not just mean a building but even jewelries. So, we have written the National Crime Authority in the UK asking them to investigate some Nigerian public officers who have property in the UK and the Virgin Islands.”

According Obono-Obla, if the accused senators are found guilty of the alleged corruption, they would be prosecuted in accordance with extant laws and made to forfeit such properties.

The panel chairman, who also serves as President Muhammadu Buhari’s Special Assistant on Public Prosecution, refuted claims by Uzodinma that the panel was being instigated against him by the Imo state governor, Rochas Okorocha.

Uzodinma had emerged the All Progressives Congress (APC) governorship candidate of Imo State to the pain of Okorocha, whose son-in-law he had wanted as his successor lost the party’s ticket.

SPIP had claimed to have arrested Uzodinma sometime ago, a claim the senator said was masterminded by Okorocha.

Obono-Obla, also disclosed that five oil companies are also under investigation for tax evasion and refusal to pay royalties to the Nigerian government. He said the companies “have not remitted over $1 billion to the government”.

He said, “A lot of oil companies are contributing to the economic challenges facing the country, denying Nigeria of royalties and also evading taxes, money that would have been channeled to the development of the country.

“Working with the Federal Inland Revenue Service FIRS, we discovered that Addax Petroleum has failed to pay tax for five years and so they are owing about N700 million. Then, thanks to a petition we received from Femi Falana SAN, Mobil which purchased an oil bloc in 2001 for $2.5 billion dollars is yet to pay about $1.9 billion of that money to the government. We have commenced our investigations too.”

Obono-Obla went further to say that SPIP was looking at a petition involving a top official of the Nigerian National Petroleum Corporation (NNPC) as well as against the management of the Central Bank of Nigeria CBN under governors Chukwuma Soludo and Sanusi Lamido Sanusi with regards to debt cancellations to banks.

Falana faults use of looted funds recovered by Buhari govt