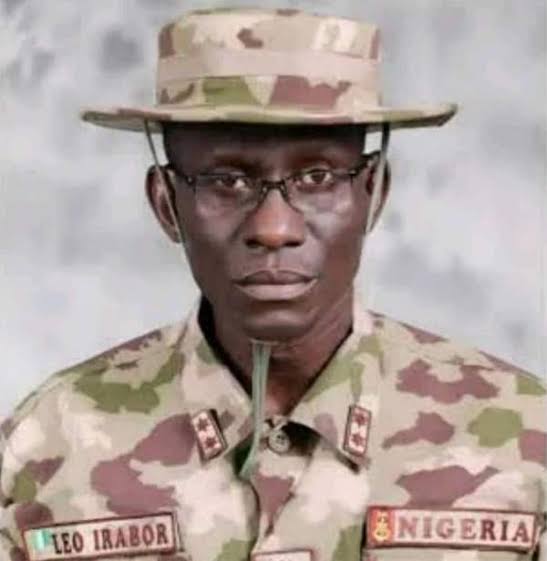 The Defence Headquarters (DHQ), has claimed that troops of Operation Hadin Kai and Hadarin Daji, have killed over 100 Boko Haram and ISWAP terrorists in clean-up operations in the North East and North West in the past two weeks.

While giving a situation report on the ongoing war against the terrorists on Thursday at a media briefing in Abuja, the Director, Defence Media Operations (DDMO), Maj Gen Benard Onyeuko, said the “sustained onslaught on the enemies of state across all theatres also saw no fewer than 1, 081 Boko Haram fighters, including their family members surrendering to the state between December 9 and 23.”

In a communique he issued at the end of the parlay, Onyeuko said troops operational efforts in different locations in the last two weeks, “cumulatively resulted in the neutralisation of a total 51 and arrest of 19 terrorists.”

“Also, a total of 122 assorted arms and 1,499 rounds of different calibres of ammunition were recovered, while a total of eight gun trucks of the terrorists were destroyed,” he said.

“The kinetic and non-kinetic operations of the Nigerian Army has continued to drive the terrorists out of their camps, forcing them to surrender.

“Within this period in focus, a total of 1,081 terrorists and their families comprising 187 adult males, 326 adult females and 568 children surrendered to troops at different locations of the theatre. The surrendered terrorists were properly profiled and handed over to appropriate authorities for necessary actions.”

While regretting that some troops paid the supreme price in the course of the operations, Onyeuko stated that the doggedness of fighting forces had continued to reflect in the thousands of terrorists turning themselves in.