'Nigerians will continue to look up to you for wisdom, statesmanship,’ Buhari tells Obasanjo | Ripples Nigeria 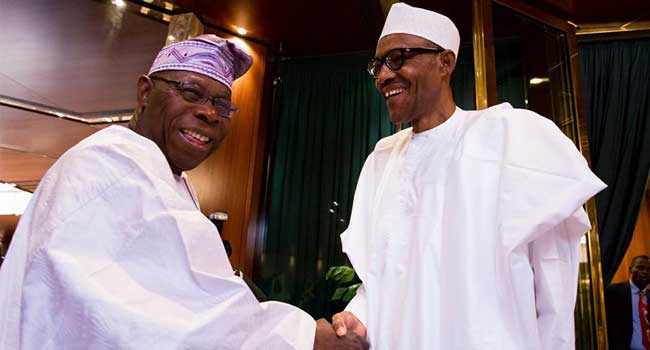 President Muhammadu Buhari said on Saturday Nigerians would continue to look up to former President Olusegun Obasanjo for wisdom and statesmanship.

The President, according to a statement issued by his Senior Special Assistant on Media and Publicity, Garba Shehu in Abuja, stated this in his message to the elder statesman who turned 84 on Friday.

He said Obasanjo has served Nigeria with loyalty and huge dedication.

President Buhari said: “The nation will continue to look up to the former President for wisdom and statesmanship.

“As family, Nigerians and friends around the world celebrate the former President.”

Obasanjo was Africa’s first military ruler to voluntarily return power to civilian rule when he handed over power to the late Alhaji Shehu Shagari in 1979.

COVID-19 vaccine has no side effects on Buhari – Presidency

I have no personal grudges against Oshiomhole – Obaseki