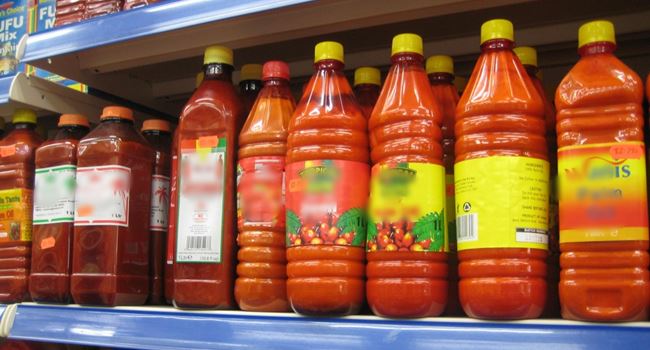 At a national symposium on oil palm organised by Solidaridad, an international non-governmental organization held in Abuja, governmental officials and stakeholders agreed to reverse the trend by stepping up palm oil processing to boost self-sufficiency.

“So there is a gap. We import to make up for this gap and Nigeria is spending about $500 million annually for this importation up till now.”

The country’s supply gap currently lies at 66 percent, creating opportunities for exporters and foreign markets and pressuring manufacturers to source internationally to bridge the shortfall at higher costs.

“We have oils from groundout, soybean and all that. But from oil palm alone, we are producing 1.02 million MT, while from other oils we produce 1.7 million MT and so the shortfall is about 350,000MT.

“So the significance of this partnership is to ensure that the foreign exchange is channelled to the development of other activities if we can expand our oil palm production to satisfy our local industries,” the director said.

The senior climate specialist for Africa at Solidaridad, Sam Ogala, said Nigeria was spending around half a billion dollars on palm oil imports because it did not prioritise local demand.

“This country is spending around $500m annually to import oil palm. That shows you the huge gap and it’s because we are not meeting local demand.”

“In the early 1960s before the oil boom, Nigeria was exporting oil palm, but after that oil boom, we started importing and all forms of oil palm are finding their way to the Nigerian market,” he stated.