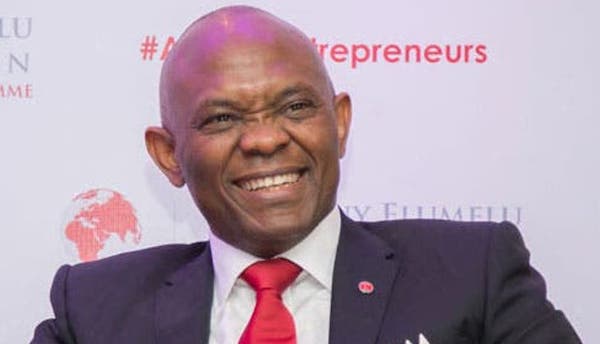 Nigerian billionaires and large businesses are committing enormous cash into Africa’s biggest economy despite the harsh investment climate to draw foreign investors as the nation slips into its second recession since 2016, Financial Times reported on Monday.

The Chairman of Transorp Energy, Tony Elumelu, is expected to sign $1 billion oil block deal any moment from now while the Founder of the BUA Group, Abdulsamad Rabiu, looks to build a 200,000 barrels per day (bpd) oil refinery in Akwa Ibom State.

The project is expected to rival the 650,000 bpd Dangote Refinery project in Lagos.

“You’ll suppose at a time like this, rational funding behaviour could be to decelerate. However, we are even investing extra,” Elumelu said, adding that Transcorp Energy was on track to secure a $300 million stake in a state-owned energy facility.

The appetite of local investors is much stronger than their international peers’. The inflow of Foreign Direct Investment (FDI) into the country over the last 12 months is slower than that of Ghana.

Nigeria attracted only $148.6 million in FDI in the second quarter, one-third weaker than the figure it reported in the same period of 2019.

Portfolio investors are similarly casting their glances elsewhere to seek climes promising safety for capital in the face of global investment disruption.

Inflows from this investment category slumped 91 percent to $385.3 million from April to June, relative to the second quarter of last year.

The economic condition is grim. The Gross Domestic Product tapered by 6.1 percent in the second quarter and 3.62 percent in the last quarter where the unemployment and the inflation rates are simultaneously surging just like the cost of food.

“You possibly can’t get foreigners to take a position when home traders are cautious,” said Amaka Anku, director and practice head at Eurasia Group, a Washington-based consultancy.

Small-scale domestic businesses do not have the heart to invest the way big players do, she added, affirming wider insecurity on the country’s investment scene.

Related Topics:economyNigeria’s billionaires
Up Next