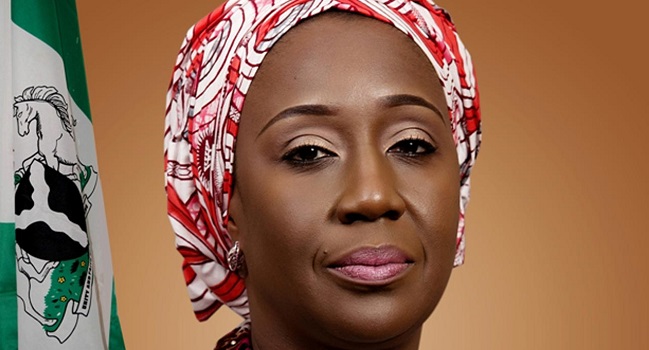 The creative industry in Nigeria has witnessed an exponential growth over the last decade, and has become arguably Nigeria’s most popular export with the expansion encouraging more and more young people locally to pick up creative related careers.

The prospects and growth potentials of the creative industry was once again emphasised by the Minister of State, Industry, Trade and Investment, Aisha Abubakar, who said that the Nigerian creative industry has the fastest growth rate in the world.

According to Abubakar who made the claim at a creative entrepreneurs summit organised by the Enterprise Development Centre, EDC, Global Entrepreneurship Network, GEN, and the Federal Ministry of Industry Trade and Investment in Abuja, the Nigerian creative industry has seen a period of rapid growth spurred by emerging digital technology, which supports content creation, distribution and consumption.

During the summit, the minister who was represented by Director, Industrial Development, Mr Adewale Bakare, said the creative industry has gone global with little government support.

Read also: ‘Nigerian entertainment industry is in a class by itself, absolutely incredible’- Osinbajo

“There is no broad-based consensus on what creative industries are, but I will expatiate on Nigeria’s three (3) major areas of comparative advantage in the creative economy – Music, Film and Information Technology Industries,” she said.

Abubakar also added that the significance of the Nigerian film and television industry came into focus after the rebasing of the national economy in the year 2013.

“By 2016, the film industry sector contributed 2.3 per (N239 billion) of Nigeria’s Gross Domestic Product (GDP), Nigeria’s music industry grew by 9 per cent by 2016 to reach a value of 39 million dollars, and is set to grow by 13.4 per cent CAGR by 2021, with an estimated worth of about 73 million dollars. In addition, the gaming industry in Nigeria, according to a PwC study on gaming, is growing. It is benefiting from a broadening customer base, mostly the large and youthful population. UNICON values Nigeria’s video game industry at $150 million USD and estimates mobile gaming to surpass $147 million USD by 2020” she added.

Recall that Pricewaterhouse Coopers (PwC), an auditing firm, in a 2017 report said revenue from music sales in Nigeria, Africa’s most populous country, was $56 million that year, and predicted it would grow to $88 million by 2019.

PwC in the report also said Nigeria’s entertainment and media industry had an estimated total revenue of $4.8 billion in 2015 and was likely to grow to $8.1 billion in 2019, making it “the fastest-expanding major market globally”.