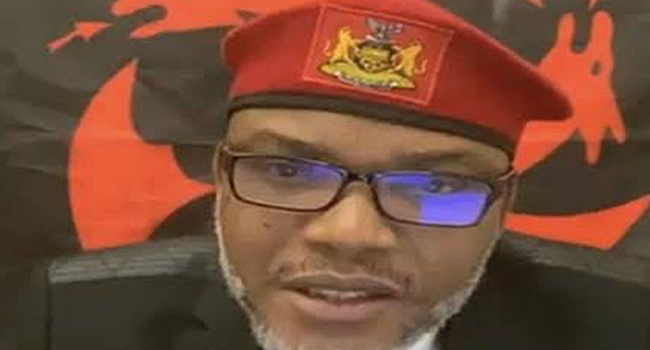 The Indigenous People of Biafra (IPOB) has restated its resolve towards ensuring a referendum for the realisation of a sovereign country.

This was contained in a tweet issued by the IPOB leader, Nnamdi Kanu on Sunday.

According to Kanu, the hatred for the realisation of Biafra by some leaders in the South-East and South-South remains irrelevant.

He further reiterated the importance of a referendum whereby the Biafran secessionists would decide whether to remain as a part of Nigeria.

The tweet reads, “The narrative that Leaders of the so-called SouthSouth & Southeast or even those in the National Assembly are against #Biafra is irrelevant.

“What’s relevant is the POPULAR WILL of the people, which can be determined only through a REFERENDUM. Like it or not, it shall happen”.