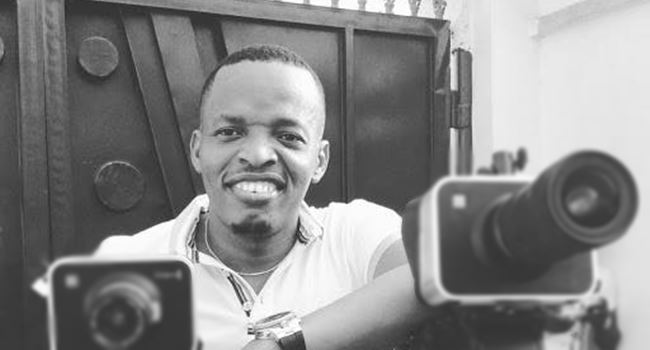 The actress had on the 5th of June 2020, claimed via her Instagram page that Victor Okpala, the CEO of Dope 7 Media, once raped a nameless and faceless actress sometime ago.

Lala Akindoju even went further to support her claim in a video format with writing inscription, narrating how the said incident happened with her post later going viral on the internet.

Reacting to the allegation against his person on Friday, Victor Okpala, petitioned the Assistant Inspector General of Police, Zone 2, Onikan, Lagos, through his lawyers, Aghogho Akpojotor &Associates.

In the petition, Victor Okpala demanded that Lala Akindoju physically produce the faceless actress to substantiate her claims as well as Police to launch a full scale independent investigation into the allegation.

Signed by Barrister Aghogho Akpojotor, the petition urged the police to charge the matter to court after the conclusion of its investigation and also threatened to sue Lala Akindoju for N100 million as damages.

The petition reads thus in part: “It is therefore our humble prayer that the one credible means of clearing the image and restoring the reputation of our client which we hereby demand, is for the Nigerian Police to launch a full scale independent investigation into the criminal allegations leveled against our client.’

“In this regard, our client is willing to surrender himself to the police and fully cooperate, work hand in hand with the police to ensure that these harmful untruth/malicious falsehood is seen as what it truly is.”

“Suggestively, in the most likelihood that Lala Akindoju is not able to physically produce the name and face behind the defamatory publication, and make available the needed body of evidence to substantiate her spurious claims, our client shall be demanding that Lala Akindoju / and her faceless alleged rape victim, be charged before the court of law as provided by our criminal justice law especially as captured by Section 24 of the Cybercrime (Prohibition, Prevention etc) Act 2015.’

“In the light of the aforesaid, we implore you to accordingly use your good office to investigate on the complaints and this matter be accordingly charged to court in the interest of justice, equity and good conscience , as the person , marriage , reputation and good standing of our client is been maligned.

“However, when contacted on the telephone to hear her own side of the story, Lala Akindoju referred us to her lawyer, Mr Nobert Ajaegbu, who said the actress stands against rape and gender-based violence. Speaking further, Ajaegbu said the actress has not accused anybody of rape, adding that he’s currently in touch with Okpala’s lawyers.

This came days after TV personality and winner of the fifth edition of the Big Brother Africa (BBA) reality TV show, Uti Nwachukwu has filed a petition with the Inspector General of Police, against a Twitter user who accused him of raping her sometime in the year 2017.

Uti Nwachukwu in the petition which was lodged through the chambers of his counsel, Johnmary C. Jideobi & Co, said that the only credible means of clearing his name was for the Nigerian Police to launch an independent investigation into the criminal allegations levelled against him by the Twitter user identified as Kambili Korie (@KambiliKorie).