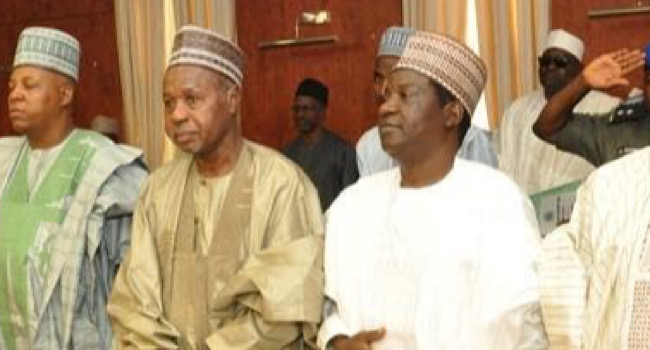 The Northern Governors Forum says it is worried about the recent spate in killings and kidnapping tied to herdsmen belonging to the Fulani ethnic group, thereby denying them right to earn a living.

Also, the group said while it is the legitimate right of all Nigerians to reside and work in any part of the country, it should be done without violation of the right of others.

Part of the statement reads “While the Northern Governors Forum concedes to the rights of Nigerians to reside wherever they so desire without any molestation or discrimination, it also emphasizes that criminal elements should not be used to tar any particular ethnic group for any crime as that will portend danger to peaceful coexistence and national unity.

“Rather, such criminal elements should be exposed, isolated, and made to face the law of the land without prejudice to their ethnic backgrounds as the motives or criminal actions cannot be said to be the position of their ethnic group”.

The group called for “aggrieved” individuals to excerise calm as “Nigeria is going through a lot and escalating such tensions would definitely not resolve any grievances but rather aggravate the situation to levels that could threaten national security.

“Leaders across political, ethnic, religious and community lines should avoid utterances and actions that further fan the embers of distrust, hate, violence, and retaliation which can easily escalate the situation and cause chaos.

“Relevant Government officials, traditional rulers, and opinion moulders must also rise up and speak with one voice by not only condemning crime no matter who is involved, but also sending the right signals to those who want to take the laws into their hands and trample on the Nigerian Constitution by attempting to deny others the rights to live and pursue their legitimate business in whatever place they choose to reside.

“Security agencies must equally be firm and rise up to the occasion by protecting all law-abiding citizens against the threat to their lives and properties irrespective of their ethnic or other affiliations. They should also send a clear and unambiguous message to those threatening the peace that they will act decisively to stop them from plunging the nation into anarchy.

“The Northern Governors Forum further assures Nigerians of all ethnic, religious and political persuasions of their constitutional rights to pursue their legitimate businesses wherever they choose within the region and appeal to the people to resist any attempt to lure them into any act that can threaten the peace and tranquility of the region and the nation at large.”

Related Topics:FulaniHerdsmenNorthern Governors
Up Next

Court jails man one year for cybercrime in Kaduna