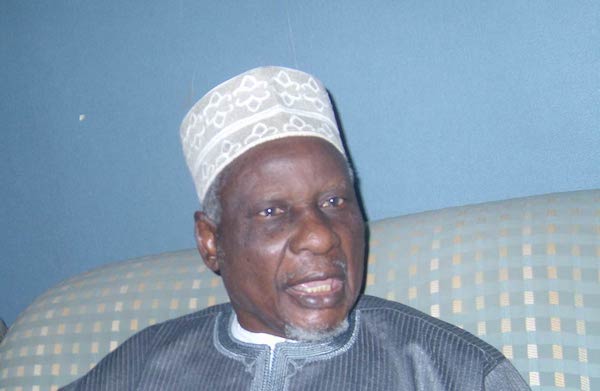 Obasanjo had, earlier on Monday, written an open letter to President Buhari, lamenting the level of insecurity in the country occasioned by Boko Haram activities, banditry, kidnappings, killer herdsmen and other criminal elements.

The former president expressed fear that a “very onerous cloud is gathering,” which outcome can only be “rain of destruction, violence, disaster and disunity.”

However, Yakasai while speaking to journalists in Kano on Monday, said the content of the letter may cause unrest in the country.

He said all letters written by Obasanjo to past Nigerian leaders were never inspired by patriotism but selfish interests.

Yakasai noted that one of the letters Obasanjo wrote during the reign of late Sani Abacha, former military head of state, landed him in prison.

“The actions of General Olusegun Obasanjo are, indeed, an open invitation for disaster for this country with the kind of hate speeches and messages that are flying all over the country,” Yakasai said.

“I don’t see patriotism in General Obasanjo’s letters. In fact, all the letters written by General Obasanjo to all Military Heads of State and Presidents of the Federal Republic of Nigeria are not guided by patriotic considerations.

“My experience with Nigerian political situation is that the top echelons of the Military are always fighting one another, either when in the service or when on retirement.

“It is from this angle that I always view most of the writings of General Olusegun Obasanjo to any military officer who is a Head of State or President in Nigeria as unpatriotic. Even the ones he wrote to former Presidents Goodluck Jonathan and the late Umar Musa Yar’Adua were not patriotic. They were guided by selfish interest.

“General Obasanjo did it during Ibrahim Badamasi Babangida’s era. He did it during the late General Sani Abacha’s regime, which later resulted to accusations that he was trying to overthrow the government, which eventually led to his imprisonment.

Yakasai said there was nothing new raised in Obasanjo’s July 15 letter other than the call for a national conference.

He advised Buhari to revisit the recommendations of the 2014 national conference rather than calling for a fresh one.

“I am puzzled to read from that letter that General Olusegun Obasanjo is requesting or asking for the convocation of another National Conference at this critical moment in our national history,” he said.

“A National Conference, even if it is convened at this point in time cannot begin in peace and end in peace.”