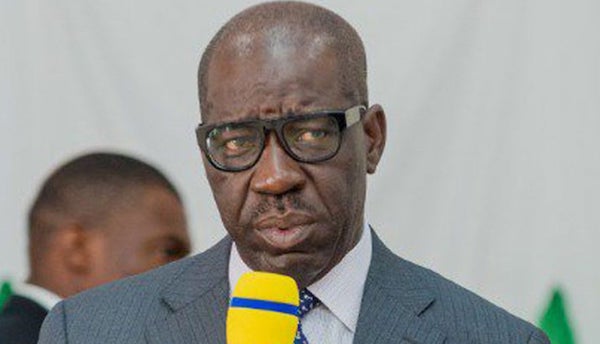 Aide to Godwin Obaseki, Osaigbovo Iyoha, has made a fresh revelation on why the All Progressives Congress (APC) disqualified the Edo State governor for its governorship election primary.

Iyoha, who is Obaseki’s adviser on political matters, said that APC decided to disqualify Obaseki after its already prepared result for the proposed direct primary in Edo was leaked.

The APC screening committee for the party’s primary election in Edo State had last week disqualified incumbent Governor Obaseki and two others from participating in the exercise slated for June 22.

The screening committee claimed the embattled governor was disqualified due to discrepancies in his certificate.

But Iyoha said when he appeared on Channels Television’s programme, Sunday Politics, that “Obaseki was removed because they wanted to rig the primaries. They have results that were already prepared for this direct primary and somehow the results got leaked.

“So they just looked for the easiest way out. What could they have done? It is to go judge his certificate and say that the man was not qualified.”

Also during the programme, he hinted that Obaseki would decide whether to join the opposition Peoples Democratic Party (PDP) within a day or two.

“In a day or two, we will know whether Obaseki will join the PDP or not. We are still consulting,” he said.