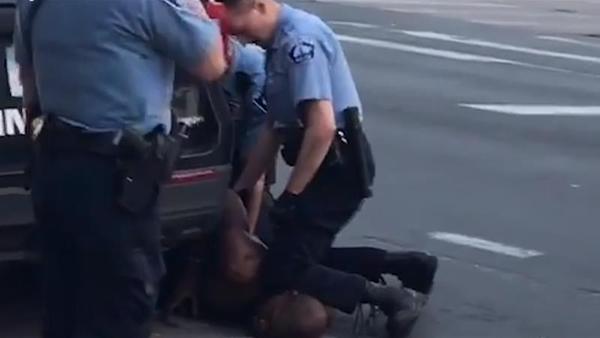 Ex-Minneapolis officer, Derek Chauvin, seen in a video with his knee on the neck of an unarmed black man, George Floyd, has been taken into custody by the Minnesota Bureau of Criminal Apprehension and charged with third degree murder and man slaughter, the Hennepin county attorney, Mike Freeman said on Friday.

The charge is coming four days after the incident as fire continues to burn in the streets of Minneapolis from violent protesters and demonstrators demanding justice for Floyd.

Freeman who had been criticized for delaying the arrest of the four ex-officers involved in the case noted to reporters at a press conference that Chauvin’s arrest was carried out in record time. “We have never charged a case in that kind of time frame.” He said

Speaking further on the case, Freeman stated that a detailed complaint would be available soon and subsequent charges likely to be made as they now had evidences beyond reasonable doubts that the ex-officer was guilty.

“We entrust our police officers to use certain amounts of force to do their job to protect us. They commit a criminal act if they use this force unreasonably,” he said.

When asked why the remaining three office had not been charged yet, Freeman would not get into details but said, “We felt it appropriate to focus on the most dangerous perpetrator”.

He however hoped charges would be placed agained them as well.

George Floyd, 46, was killed in police custody on Monday after he allegedly used a counterfeit bill at a convenience store, the police said.