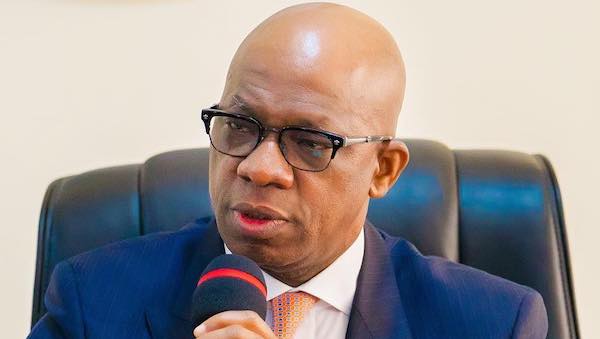 The Ogun State government has officially opened its oxygen therapy centre in a bid to stem the second wave of COVID-19.

The centre was opened on Monday in Abeokuta by the State Commissioner for Health, Dr Tomi Coker, who said while speaking with newsmen that the opening of the facility was also to avoid a situation of scarcity of the life-saving consumable.

Dr Coker who informed that the centre consists of 20 beds of high dependency capacity noted that it was part of the state’s preparation to scale up its preparedness to contain the second wave of the pandemic.

According to her, the oxygen therapy centre will help to ensure that Ogun does not run out of oxygen like some states are experiencing at the moment.

She said; “The Olabisi Onabanjo University Teaching Hospital ( OOUTH) Isolation centre is at 90 per cent capacity right now which means that people have to take cognizance of being responsible for their own health.

“Our positivity rate prior to December was roving around 0.7 – 0.8 per cent but since December, particularly January, our positivity rate has gone up by about 8 per cent which means that this second wave is real. Hence, we all have to pay attention and do all the necessary things needed to protect ourselves.

“We are more concerned as a state but we are prepared. We have OOUTH, Federal Medical Center, Abeokuta, Ikenne Isolation Centers all available.

“Our Oxygen Therapy Center in Iberekodo, Abeokuta will help to ensure that we do not run out of oxygen like some states are experiencing at the moment. We are responding appropriately to contain and curtail this second wave,” Coker added.

Related Topics:COVID-19oxygen therapy centre
Up Next