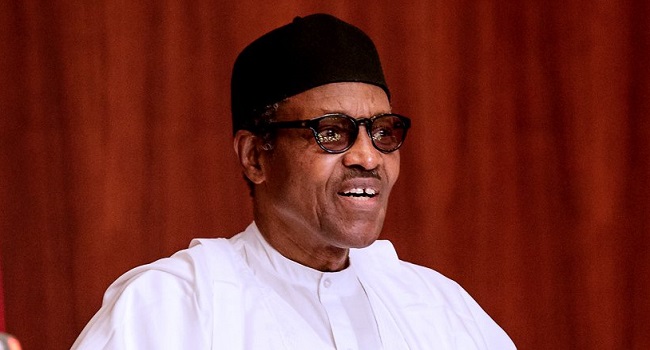 The Secretary-General of the apex Igbo socio-cultural organization, Ohanaeze Ndigbo, Barr. Uche Okwukwu, has distanced the group from calls for the resignation of President Muhammadu Buhari.

According to Barr. Okwukwu in a statement issued on Monday, comments credited to the Deputy Spokesman of the group, Mazi Chuks Ibegbu who had said Buhari owed Nigerians explanation about his trip to Saudi Arabia, were not approved by anyone.

He also added that Ohaneze was totally against such comments as the group was shocked when it read with dismay the unauthorized statement credited to the Chuks Ibegbu calling on President Buhari to resign.

The statement by Barr. Okwukwu reads thus in full: “The Leadership of the Ohaneze Ndigbo was shocked when it read with dismay the unauthorized statement credited to the Deputy Publicity Secretary, Chuks Ibegbu calling on President Mohammadu Buhari to resign for attending the 14th Session of the Forum of Heads of Government and states of the organization of Islamic Conference (OIC), in Saudi Arabia.

“Nigeria was admitted into the OIC in 1986 and had since then remained an active member participating in all fora of the body. In 2013, former President Goodicuk Ebele Azikiwe Jonathan attended the Forum of Heads of Government and States in Cairo, Egypt, Chuks Ibegbu and John Nwodo never called on President Jonathan to resign, rather they and their likes worked audaciously in vain for his re-election in 2015. Ohanaeze Ndigbo cannot be used as a platform to pursue bigotry in any form, be it ethnic or religious.

“The fact is that the Deputy Publicity Secretary met with the suspended President General, Chief John Nwodo and was mobilized to cast aspersion on the person and office of the President. Chief Nwodo had repeatedly expressed his dislike for President after he was defeated in the All Nigerian People Party (ANPP) Presidential Primary in 2003 by the President. Importantly, Nwodo worked against President Buhari bid in 2003, 2007, 2011, 2015 and 2019. Ndigbo must be visionary enough not to join Nwodo, Ibegbu and their co travelers in their war of vendetta against the President who had distinguished himself as a great friend of Ndigbo.

“The purported and fatal endorsement of the Presidential candidate of PDP by the likes of Ibegbu and Nwodo this year at Enugu was never in pursuit of the interest of Ndigbo, rather Nwodo had a pact with Atiku to appoint him the Secretary to the Government of the Federation (SGF). Having failed, he is now deeply frustrated and hopeless, and has resorted to chasing shadows.

“Ibegbu and Nwodo are vain seekers and political jobbers who are desirous to securing social, economic and political space through the blackmail of those in authority.

“It is on record that Nwodo is an ultra conservative and has no regard for progressive ideas and principles. As a young man in 1979, he politically stabbed the Reverend Dr Nnamdi Azikiwe (the main benefactor of his family) and worked for the National Party of Nigerian (NPN). Also in 1983 he and others violently rigged the elections in the old Anambra State and liquidated the main stream Igbo party then, now the defunct Nigerian Peoples Party (NPP).

“We call on the Independent National Electoral Commission (INEC) to release the return Certificate of Imo West Senatorial District to Senator Elect Owelle Rochas Okorocha. Under the law, having been declared elected only a competent Tribunal can validity nullified his election. Ndigbo desire to see our beloved son and leader participate in the processes that will see to the emergence of the leaders of the Senate in the 9th Assembly.

“Ohaneze Ndigbo wholly expresses support and solidarity with the Igbo Progressives (Ogbonna Onu, Chris Ngige Chibuike Amaechi, Rochas Okorocha and others) who had worked hard to ensure that Ndigbo remain focused and relevant within the mainstream National Politics and kept the Igbo dream for the President of the Federal Republic in 2023 alive”.