OLYMPICS '96: My name is written in gold in Nigerian football –Dosu | Ripples Nigeria

Home » Latest » OLYMPICS ’96: My name is written in gold in Nigerian football –Dosu 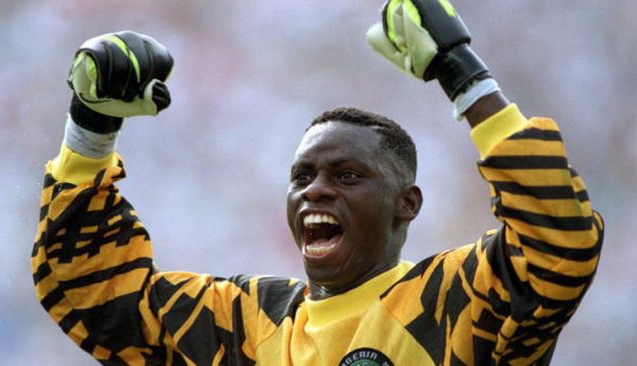 Former Super Eagles goalkeeper, Joseph Dosu, 24years after, expresses how it felt being a member of the Atlanta 1996 Olympics gold-winning team.

The 47-year-old was the first choice goalkeeper at the competition, putting up excellent performances all through as Nigeria triumphed in the football event of the Games.

It was a historic moment for Nigeria and Africa as a whole, but Dosu says he is more excited and proud to belong to that triumphant group of players.

“I’m happy that my name has been written in gold in Nigerian football forever,” Dosu said in an interview with Complete Sports.

“I will say it was an achievement that I and the whole nation will never forget.

“It was an achievement that made Nigerians to raise their heads with pride. Our children and the coming generations won’t forget the feat.

“It is a legacy for us all and it’s something to be proud of.” 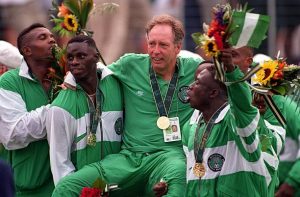 Nigeria became the first African country to win the football event of an Olympic Games, with a team that the media did not believe in prior to the Games.

“I remember when we were leaving for the tournament, we lost a friendly game against Togo right here in Lagos and the whole country was in an uproar that we were not ready for the competition,” the goalie recalled.

Despite tagged as ‘dreamers’, the Dream Team, which included Nigerian legends, Nwankwo Kanu, Emmanuel Amuneke, Daniel Amokachi et al, went on to defeat big footballing nations like Brazil and Argentina on their way to clinch gold.

Dosu had a short but interesting career. He won the Nigerian League and the FA Cup and also played professionally in Europe before being involved in an accident that ended his playing career.

The shot-stopper, who later went into football management, has called on Nigerian football stakeholders to target winning the FIFA World Cup.

“Winning the World Cup should be the next target for Nigeria because that is the only thing that can surpass our Atlanta ’96 achievement,” he added.

Meanwhile, for the 2020 Olympic Games, now postponed to 2021 and billed to hold in Tokyo, Nigeria failed to qualify for the football event – both the men and women’s teams.