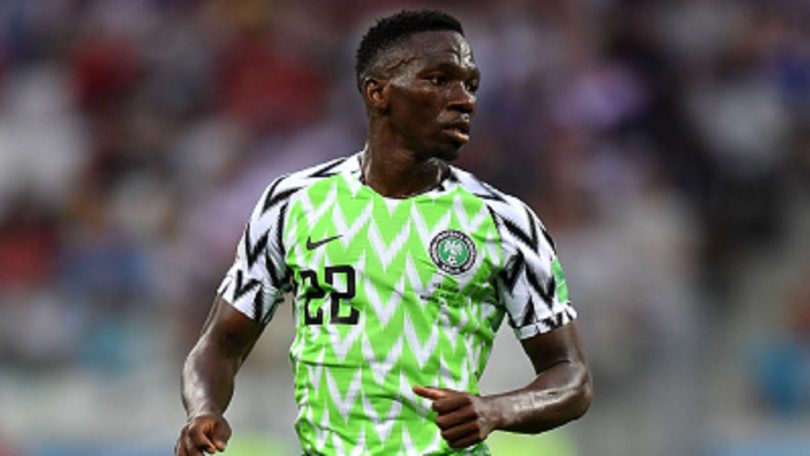 Super Eagles have become the first team to secure a spot in the knockout stages of the ongoing Africa Cup of Nations (AFCON) in Egypt.

Having begun their campaign with a 1-0 victory over Burundi last weekend, the Eagles again defeated Guinea in their second group B game on Wednesday.

After a goalless first half, defender Kenneth Omeruo scored the only goal of the game in the 73rd minute to hand Nigeria the victory.

The Syli Nationale gave Gernot Rohr’s men a tough time in the game, with Liverpool star, Naby Keita making his first start in the tournament.

The loss puts Guinea under more pressure as they had picked up a 2-2 draw in their opening game against newbies, Madagascar, and will hope to win their final group match against Burundi.

Ighalo, who scored the only goal in the game against Burundi, missed a clear chance towards the end of the first half, and Iwobi also did not prove critics wrong.

Leicester City star, Wilfred Ndidi and Stoke City player, Oghenekaro Etebo, were strong in the midfield, with the former emerging as the Man of the Match in a Twitter poll.

Having kept the Eagles powerless in the first 45, Guinea continued to hold on, but went behind from a corner taken by Moses Simon and was headed in by Chelsea player, Omeruo.

Nigeria sit comfortably at the top of the table with 6 points, and will hope to seal their place as group B winners when they face newbies, Madagascar in matchday 3.

The other group B match between Madagascar and Burundi will hold on Thursday.

The top two teams in each of the six groups will advance, along with the four best third-placed teams.