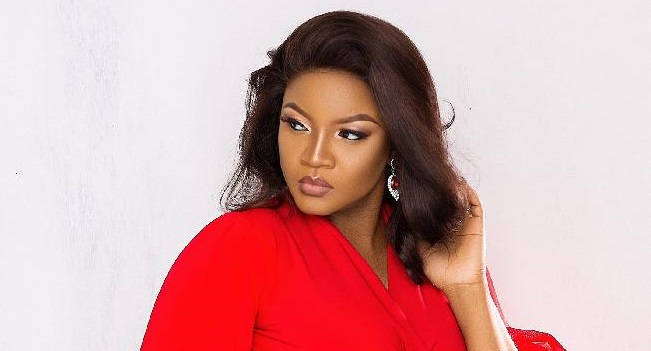 Nollywood actress, Omotola Jalade-Ekeinde, has issued a 24-hour ultimatum to a popular blog to prove its report claiming that she is having an affair with former Governor of Edo State, Adams Oshiomhole.

The popular actress reacted to the report on the alleged romance between her and the ex-National Chairman of the All Progressives Congress (APC) on Instagram on Tuesday.

An obviously enraged Omotola gave the blog known on social media as Gistlover, a 24-hour deadline to prove its report or face dire consequences.

She also asked fans to report the page.

The actress, who shared a screenshot of the blog post where it was suggested that she had something to do with Oshiomhole, said since Gistlover can share a story that was based on false claims on Instagram, the blog should be held accountable for its action.

Omotola wrote: “Still waiting for the so-called blog to post their proof of their dirty insinuation. You don’t just wake up and randomly write nonsense! You will prove your story and be found.

“If you know this blog, demand they finish what they’ve started by presenting their proof. Thanks for all the tags to this story. Next time Osexynationals… pls don’t! I don’t read blogs for a reason. Selah

However, in an interesting twist, Gistlover replied the actress saying: “My dear Omotola, we will kindly finish what we started boo. Motivational speaker of life it’s not only Oshiomole, Aunty Omotee, and Tchidi that made you fight with Genevieve then dey the list (some of the industry people know about this low key) them plenty for the list, who gave you that name Omosexy?

“Talk am make we hear my darling Omotee even your husband can’t deny he doesn’t know some of your sh*it, saint online, something else beneath closed doors. Let me compile my list finish, if you can swear say I dey lie well I don’t base my journalism on assumptions.

“If I no see something I no dey write, Naso Ehi deny Oluomo so tey they arrested Kemi Ashefon for lifting the story on my blog. See it now, it’s everywhere and obvious they are nacking, I pass hearsay blog, so take several seats mama❤️❤️❤️Selah.”