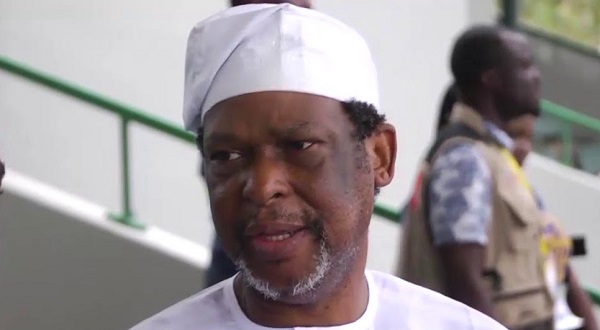 The lawmaker representing Ondo North Senatorial District, Ajayi Boroffice has countered media reports claiming that the state governor, Oluwarotimi Akeredolu was involved in the final withdrawal of a case at the Ondo state Election Tribunal.

A petition filed before the State Election Petition Tribunal for the Mega Party of Nigeria (MPN) against the Independent National Electoral Commission (INEC) over absence of its logo on the ballot papers used for Ondo North senatorial election had been withdrawn by the party.

There were reports that Akeredolu served as an arbiter to save Senator Boroffice by asking the Mega Party of Nigeria, MPA, to withdraw the petition.

Borrofice in a statement by his Press Secretary, Kayode Fakuyi described the claim as false, stressing that MPN did not sponsor any candidate for Ondo North senatorial election conducted on February 23.

It said, “this fact is contained in Form CFO 002 C (II) that was signed by both the National Chairman and National Secretary of MPN. The form CF 002 C (II) was submitted to the Independent National Electoral Commission (INEC) on the 18th of October, 2018.

“This fact also explains the absence of MPN’s logo on the ballot papers used for Ondo North senatorial election.

“Secondly, MPN did not actually file petition against INEC and Senator Boroffice. It was the senatorial candidate of Action Alliance (AA) for Ondo North, Tunji Abayomi, who sponsored the case on behalf of MPN without the authorisation of the National leadership of MPN.

“Instructively, Abayomi of the AA could not have sponsored the case without the support of his political leader, Governor Akeredolu.

“From the above-stated facts, it is clear Akeredolu did not play any such role like role of arbiter in the resolution of the MPN to discontinue a case that was initiated and instituted on its behalf without its authorisation.

“Furthermore, If the media wishes to attribute role to Akeredolu on the matter, such role should be confined to the sponsorship of the case”.

The statement encouraged the media to always maintain its cherished tradition of credible broadcasting and reportage of issues of public importance.