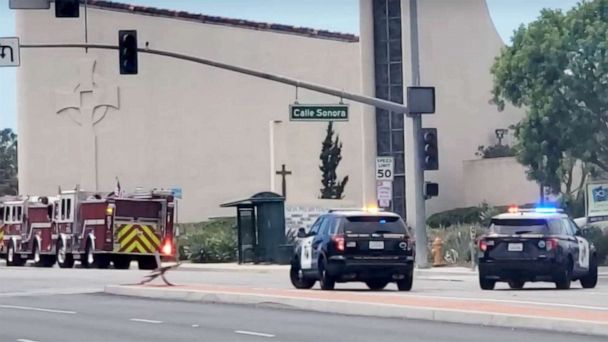 The Orange County Sheriff’s Office in California, USA, has confirmed the death of one person while five others were injured in a shooting at a church in Laguna Woods, on Sunday.

Jeff Hallock, the Undersheriff at the Sheriff’s Office in a statement, said four of the wounded were “critically hurt while one person suffered minor injuries from the shooting inside the Geneva Presbyterian Church, with all the victims adults and range in age from 66 to 92 years old.”

The Sheriff’s Department said that it had arrested a suspect who was described as an Asian man in his 60s but could not be identified until after he is booked into the Orange County Jail.

“The man was taken into custody and two firearms were recovered at the scene.

“Investigators are working to determine where the suspect lives and whether he has any connections to the church or its congregants; they are unsure if he is from the area.

“A group of churchgoers detained the suspect and hogtied his legs with an extension cord and confiscated two handguns from him before more people could be shot.

“That group of churchgoers displayed what we believed to be exceptional heroism, heroism and bravery in interfering or intervening to stop the suspect,” Hallock said.

The suspect was said to have opened fire at a lunch banquet at the church which had 30 to 40 people, following a morning service, while the
shooting was reported at about 1:26 p.m. local time, authorities said.