Oritsefemi attacks manager over support for wife's infidelity accusations, claims he slept with her | Ripples Nigeria 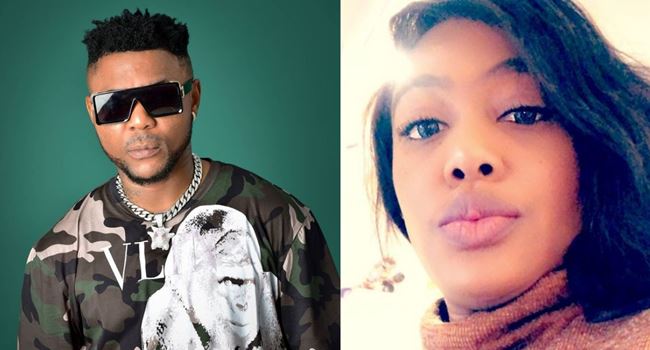 Nigerian recording artiste, Oritsefemi has been accused of cheating on his wife, Nabila Fash once again.

This is coming several months after the singer and his wife, Nabile reunited after she moved out of their matrimonial home over alleged infidelity.

Oritsefemi vowed to stay faithful to his wife at the time, however, Nabila took to social media a couple of days ago to talk about how another woman came into their home while she was away.

Nabila on her Instagram story accused her husband of cheating and also lambasted the mistress.

Following the allegations levelled against Oritsefemi, his former manager, Lady Kara took to social media to back the singer’s wife. She spoke of the singer’s philandering and controversial lifestyle.

In her lengthy post on the social media platform, Instagram, she berated the Nigerian singer-songwriter, referring to his career as a ‘diminished brand’.

“I was quiet because I did not want to be the one to cause problems between both of you. A marriage is sacred to me. Pray and focus on the blessings coming your way. No one can know your pain or heal you better than God. I am glad we spoke… it is not easy to be married to someone so … er… disrespectful …to not just himself but to God,” she added.

“I respected you with my silence … I did my best and it took 3 years for God to open these cans of worms. I now feel free to say this in public. I know the agony that drove you to make those posts on Instagram. I don’t expect anyone else to.”

Read also: Oritsefemi’s landlord threatens to kick him out over unpaid rents

“Keep your pain contained. I sympathise with you. I am here for you. It is time to heal … whatever you decide; make God your centre. #khaleesi #goddess #Godknows #Godheals #friendssupportfriends #timeheals #iwaspissed #youwillbefine #Womensupportwomen #publicsupport.”

Oritsefemi has since reacted to Kara’s post; by bombarding her with insults and derogatory words.

He revealed that he had sex with his former manager.

“As for you Kara hope you don confess to your friend how many times you chop her husband gbola for UK Ozuo. Such a local FESTAC girl with UK passport. Fake ass friend with her ** wen dey smell like dawa dawa. Na why men dey free am after sex,” he wrote.

In 2020, the singer was embroiled in a cheating scandal which the couple has since reconciled.

It would be recalled that Oritsefemi and his wife, Nabila Fash got married in 2017.