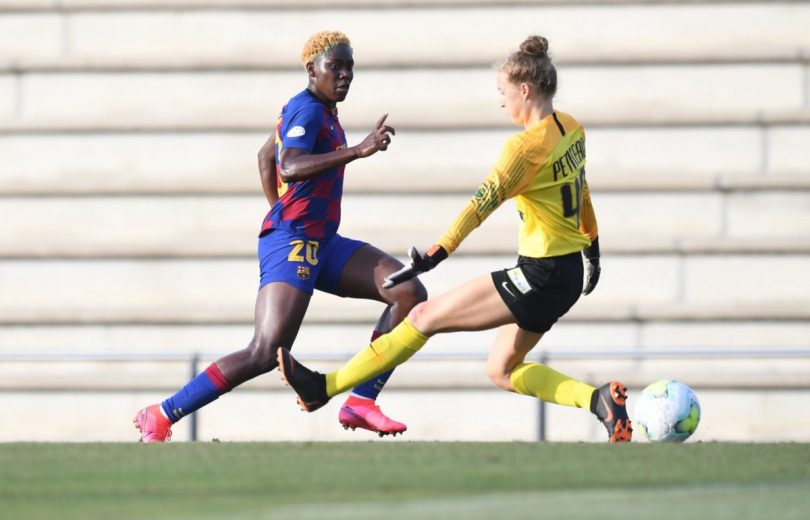 In a warm-up game ahead of start of the new season, Super Falcons forward, Asisat Oshoala bagged two goals for Barcelona Ladies on Sunday.

The Spanish champions defeated French side Montpellier 3-0 in a friendly game at the Ciutat Esportiva Joan Gampar stadium in Spain.

In the game played behind closed doors, Oshoala opened the scoring in the 64th minute after a goalless first half, before adding a second in the 86 minutes.

Barcelona got their third goal of the game two minutes into added time, thanks to a Jenni Hermoso effort.

Both teams will face each other again in another friendly game, this time in France on Saturday.

Oshoala and her Barcelona teammates were crowned Spanish league champions after the campaign was ended prematurely due to the coronavirus outbreak.