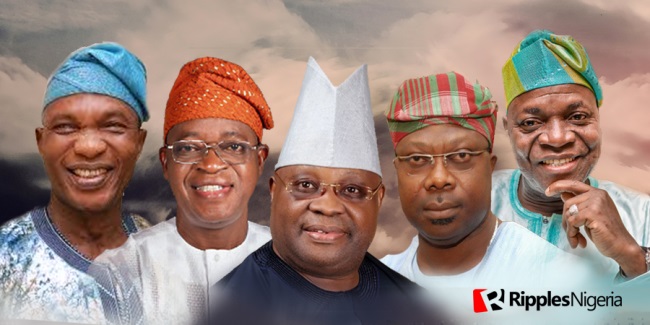 The presiding officer, Joseph Areola Afuape while declaring the official final results, said the candidate of the ruling All Progressives Congress (APC) garnered 254,345 votes, while that of the opposition Peoples Democratic Party (PDP) got 254,698 votes.

He also noted that the difference between the two leading parties was 353 votes, and that the total number of cancelled votes was 3,498 votes.

According to him, under the circumstances in which the number of cancelled votes far exceeds the difference between the two leading contenders, it is not possible to declare a clear winner.

“Unfortunately as the returning officer, it’s not possible to declare anybody as the clear winner of the election on the first ballot,” he said.

Afuape revealed that a new date for run-off election in areas were it was cancelled would be announced before the news of the day.

Also, Sen Iyiola Omisore of the Social Democratic Party (SDP), who is also a former deputy governor in the state, got 128,049 votes and Moshood Adeoti of the Action Democratic Party (ADP) got ADP: 49, 744 votes.