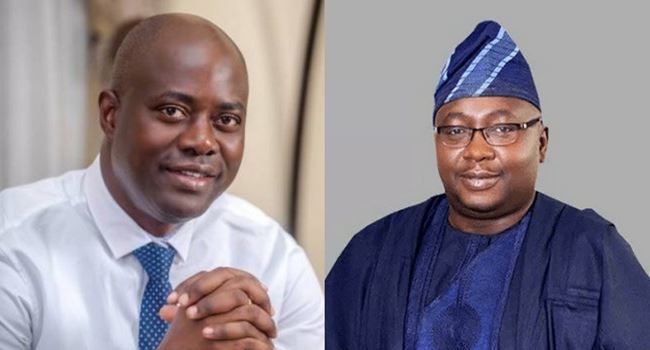 The Oyo State Governorship Election Petition Tribunal has admitted the final written addresses filed by Governor Seyi Makinde of the Peoples Democratic Party (PDP) and Adebayo Adelabu of the All Progressives Congress (APC).

The tribunal also took the final address by the Independent National Electoral Commission (INEC) in a petition challenging Makinde’s victory in the March 9 election.

Adelabu and his party, APC, are challenging the declaration of Makinde by INEC as the winner of the election, while respondents in the petition are the PDP and INEC.

Adopting his final written address, the counsel to INEC, Akinolu Kehinde (SAN), said the petitioners complained of irregularities in 1,334 polling units and only called 38 polling unit agents out of which majority of them confirmed that the election conducted by INEC complied strictly with the Electoral Act.

He added that it was the responsibility of the petitioners to bring at least one witness from the 1,334 polling units they complained about and urged the tribunal to dismiss the petition.

Makinde’s counsel, Dr Omyechi Ikpeazu (SAN), said that the reliefs sought by the petitioners were faulty and evidences of the other witnesses not called amounted to hearsay and urged the court to dismiss the petition.

Adopting his final written address, counsel to PDP, Nathaniel Oke (SAN), urged the tribunal to dismiss the petition on the ground of inadequacy of evidence and for lacking in merit.

But the counsel to Adelabu and APC, Yusuf Alli (SAN), urged the court to hold that the petition was meritorious and that other witnesses not called have their statements properly laid before the tribunal.

Alli said that under the law, the number of witnesses called cannot override what had been properly laid before the tribunal.

Ali said that there were massive electoral infractions in 28 out of the 33 local government areas called, and the document spoke for itself after being adopted.

The three-man panel of the tribunal led by Justice Sirajo Muhammed praised the counsels for their cooperation throughout the proceedings, adding that a judgment date would be communicated to them.