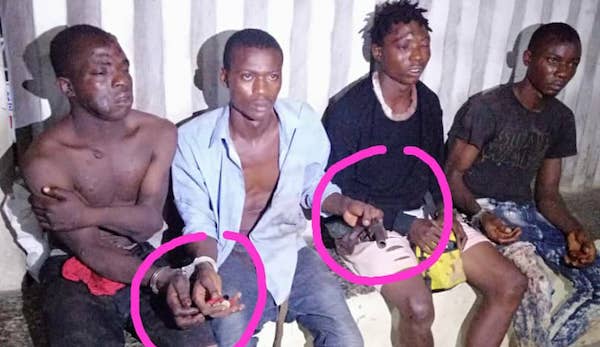 The Lagos State Police Command on Wednesday confirmed the arrest of four suspected armed robbers in the Alakuko area of the state.

The command spokesman, Olumuyiwa Adejobi, told journalists the four men were arrested on Tuesday by police operatives attached to the Alakuko division.

Adejobi said the suspects had been terrorising residents of AMJE Bus Stop, Ajegunle, Moshalashi and Dalemo communities in the Alakuko area of the state.

He added that one locally-made pistol with four live cartridges was recovered from the suspects.

The spokesman said the state’s Commissioner of Police, Hakeem Odumosu, has ordered the transfer of the suspects to the State Criminal Investigation Department (SCID) Panti, for a thorough investigation.