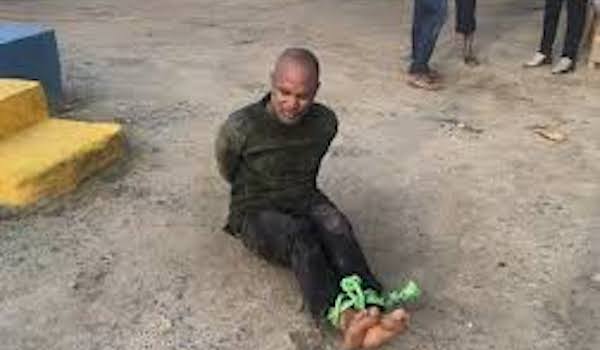 A police officer in Lagos State is said to have killed some of his colleagues and wounded many others after opening fire on them.

The incident, it was learnt happened at Onikan area of the state at about 5am on Sunday.

Although the identity of the officer is yet to be revealed, it was gathered from reports that the officer following an argument with his colleagues went beserk and started shooting them.

The officer, said to be attached to the Federal Inland Revenue Service (FIRS), after shooting his colleagues, hijacked their operational vehicle and drove straight to Akoka in Yaba area of the state.

He was said to have made efforts to break into a building at Akoka but could not, due to the building’s metallic doors.

After trying in vain to break into the building, the rampaging officer allegedly fired several gunshots at the building doors, ceiling, among others.

It took the intervention of officers from the Bariga Police Division and the Rapid Response Squad (RRS), who were alerted about the incident, to disarm and arrest the rampaging officer.

The officer, it was also gathered, not only screamed incoherently but was also claiming that some people wanted him to indulge in corruption.

Lagos State Police spokesman, Bala Elkana, said the command was looking into the matter to understand what transpired.