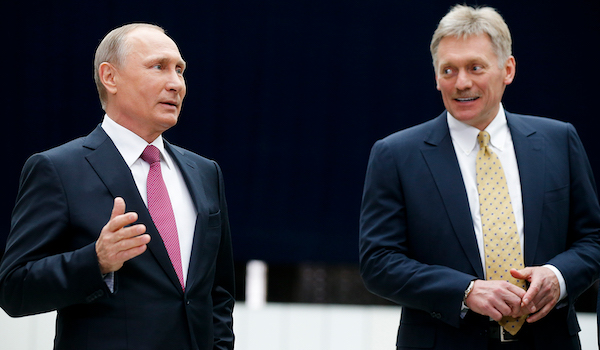 Spokesperson for the Kremlin and a key aide to President Vladimir Putin, Dmitry Peskov has told reporters he was sick from Covid-19.

Also infected is his wife, Tatyana Navka who told reporters he had contracted the virus while on official duty.

According to her, Peskov’s condition was “satisfactory” but they would self-isolate in the hospital to avoid a further spread.

The Kremlin spokesperson is now the fourth government official to be down with the virus after Prime Minister Mikhail Mishustin, Construction and Housing Minister Vladimir Yakushev, and Culture Minister Olga Lyubimova.

Meanwhile, reporters say Peskov was last seen in public on April 30 at a meeting with Putin but it is unclear if the two were in the same room.

Related Topics:coronavirusVladimir Putin
Up Next