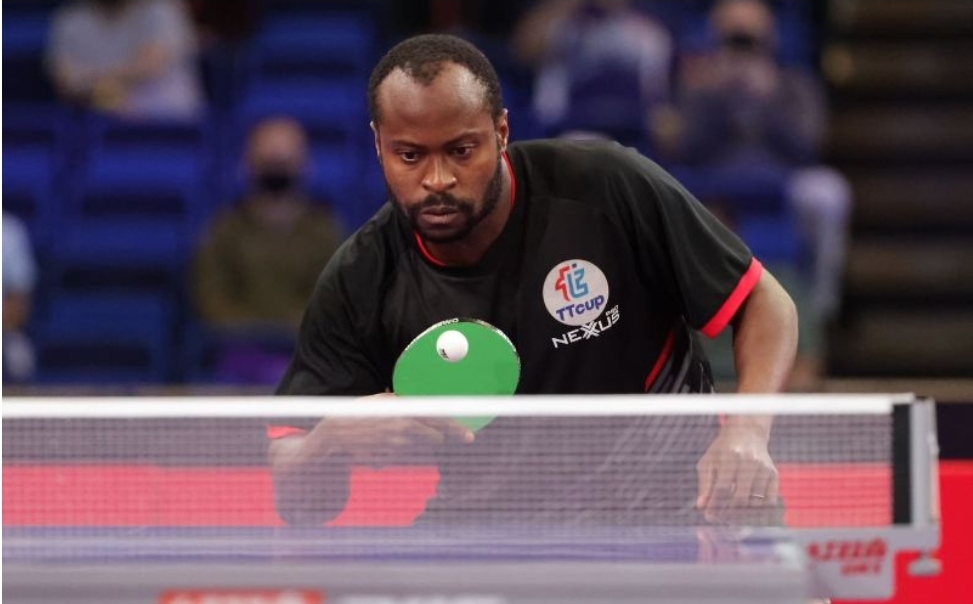 Nigeria’s Quadri Aruna has again set a new African record at the 2021 ITTF World Championships taking place in Houston, Texas, United States after he qualified for the round of 16 of the Men’s Singles as the first African to achieve the feat.

It was Egypt’s Omar Assar and Ahmed Saleh that had the best record at the global tournament in Africa having made it to the round of 32 but with the performance of the Nigerian in Houston, and the only African still competing in the Men’s Singles, Aruna inked new record after passing a litmus test against Indian Sathiyan Gnanasekaran.

Aruna earned his ticket to the Round of 16 following a breathtaking clash with the clever Indian star. Aruna and his opponent put everything into the encounter by exchanging explosive rallies throughout the contest.

Twice Gnanasekaran led, but the Nigerian caught up with and it was Aruna’s heart and desire that proved the difference in truly dramatic fashion.

On Friday November 26, the Nigerian will face Sweden’s Kristian Karlsson for a place in the last eight (quarterfinal) of the championships.
In continuation of what happened on Day Two, fourth seed Chinese Taipei superstar Lin Yun-Ju crashed out of the Men’s Singles draw following a pulsating head-to-head against Republic of Korea’s Lim Jonghoon.

Lin Yun-Ju ranked 55 positions higher than his opponent in the world entered the tie as the clear favourite but never really got going on table four.