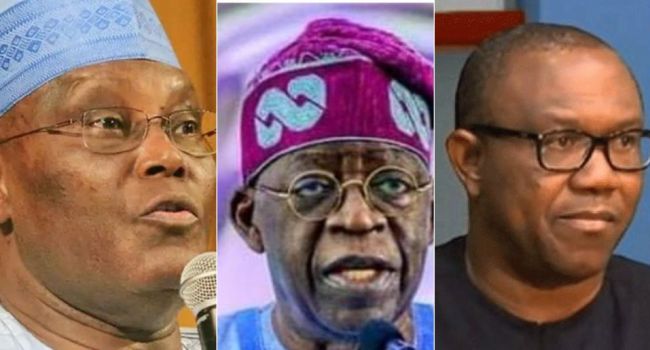 The political space in Nigeria will begin to experience fireworks from Wednesday, September 28, as campaigns ahead of the 2023 presidential elections officially commences going by the timetable and schedule of activities earlier released by the Independent National Electoral Commission (INEC).

Going by the schedule, candidates of the various parties have 150 days to carry out their campaigns to sway Nigerians to believe in them and cast votes in their favour during the election on February 24, 2023.

Ordinarily, the campaigns would have just gone with the candidates going round the country presenting their manifestos and programmes to their supporters while aiming to convert new supporters, but the buildup in past few weeks have been nothing short of fireworks as party supporters, spokespersons and even some candidates have raised the tempo by firing salvos at will.

Accusations, counter accusations, allegations, name callings and downright insults have been on display, and with the campaigns given the go ahead, Nigerians expect these to become the norm.

For the major contenders in the race for the presidency, former Lagos State Governor, Asiwaju Bola Tinubu of the ruling All Progressives Congress (APC), ex-vice president Atiku Abubakar, the flag bearer of the Peoples Democratic Party (PDP) and former Anambra State Governor Peter Obi, of the Labour Party (LP) the die is now cast as a tough race is in sight for them and their supporters to convince Nigerians to vote for them.

Sadly, the trajectory to a bitter campaign has been set by various camps which shows a dangerous pattern of ethnicity, tribal sentiments and religious leanings.

Immediately after the different parties conducted their primaries and named their presidential candidates, their supporters, support groups, self-appointed spokesmen and social media warriors took up positions and came up with different appendages and nomenclature and descended on perceived enemies of their candidates.

Tinubu’s supporters became BATists (BATified); supporters of Atiku settled for Atikulated; while Obi’s followers renamed themselves as OBIdients and became the most toxic set of supporters who see anyone who does support their candidate as an enemy. The supporters of the candidates proliferated the social media spaces and took on anyone who had a contrary opinion to what they believe in.

Even though the campaigns were yet to be made official, the candidates themselves were not left out of the urge to sell themselves in subtle campaign by engaging in television, radio and newspaper interviews where some ended up attacking opponents.

For over six months, Nigerians were inundated with daily promises from the presidential candidates, ranging from the ridiculous to the sublime to the outright impossible.

Some of the messages from the campaign councils of the candidates have been filled with ethnic and religious bile, such that one is tempted to harbour a feeling of apprehension towards the 2023 presidential election.

The three major tribes and regions in the country are represented in the upcoming presidential election with Tinubu, a Yoruba man representing the South-West, Atiku, a Fulani/Hausa individual representing the North, while Obi is Igbo from the South-East and Nigerians will be saddled with one of them in 2023.

Prior to the official commencement of the campaigns, the conversations have been mostly on ethnic and religious divide and divisive campaigns with supporters of the three leading candidates tearing each other apart on social media and the media space.

And with the official kick off of campaigns today, Nigerians are expecting more fireworks to be unleashed.