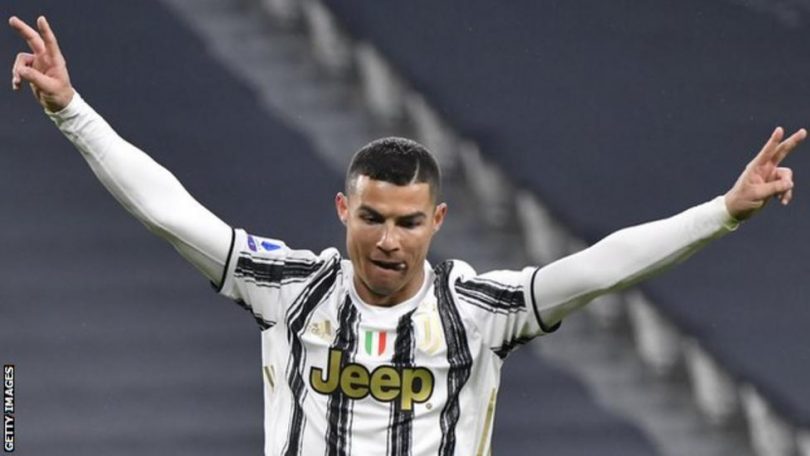 Cristiano Ronaldo has hailed his teammates at Juventus after the Serie A champions started the year on a bright note following a 4-1 victory over Udinese.

The Portugal forward was in action throughout the game and was instrumental to the win as he contributed two goals and one assist.

Ronaldo’s goals were his 757th and 758th career goal, as he equalled and then moved past Pele’s goal tally which stands at 757 official goals.

Pele netted his goals during his stellar career between 1956 and 1977 for Santos, New York Cosmos and Brazil.

In a tweet after the game, Ronaldo congratulated his teammates for beginning the year 2021 with a big win.

The former Real Madrid and Manchester United player is now just one goal behind Josef Bican’s incredible tally of 759 from 1931 to 1955.

Pele managed 643 Santos goals but Messi overtook that when he found the net for the 644th time in a Barcelona shirt just before Christmas.

Santos has however claimed that Pele scored more goals as the goals he scored in friendly matches ought to also be counted.