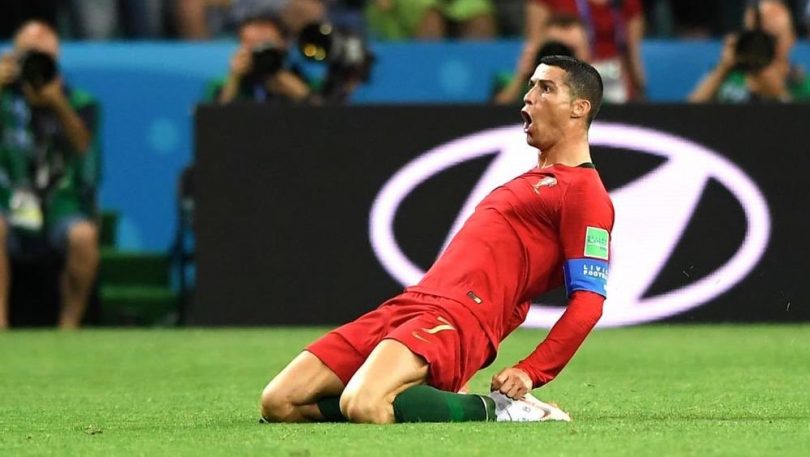 A sensational hat-trick by Cristiano Ronaldo against Switzerland has helped his country Portugal reach the final of the Nations League.

Portugal, 2016 European champions, defeated their Swiss counterparts 3-1 at the Estadio do Dragao on Wednesday night.

34-year-old Ronaldo opened the scoring in the 24th minute to pit the hosts ahead with a stunning free-kick.

The visitors levelled in the second period when Ricardo Rodriguez tucked away a VAR-awarded penalty in the 57th minute.

With both sides struggling to find a winner, the game was gradually heading to extra time, but Ronaldo showed up once more.

The Juventus forward made the crucial difference, sweeping Bernardo Silva’s cross into the bottom-right corner in the 88th minute, before firing into the same spot 102 seconds later.

Portugal have advanced to the final of the League.

They play the winners of Thursday’s semi-final between England and the Netherlands, with the final in Porto on Sunday.