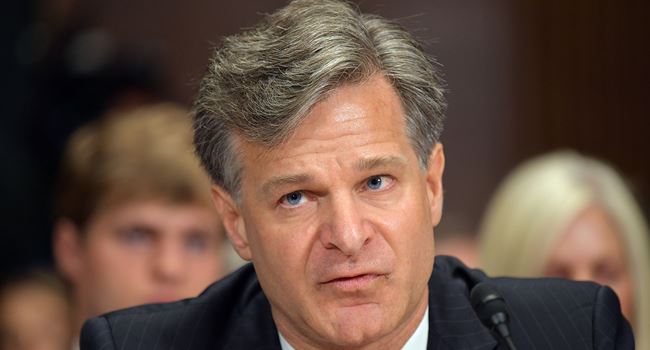 Russia is seriously interfering in the 2020 US presidential election with steady dissemination of misinformation, so says FBI Director, Christopher Wray.

According to him, the dissemination of misinformation by Russia was aimed at denigrating Democratic candidate Joe Biden as well as sapping Americans’ confidence in the election process.

“Moscow is also attempting to undercut what it sees as an anti-Russian US establishment,” the head of the Federal Bureau of Investigation told the Democratic-led House of Representatives’ Homeland Security committee on Thursday.

He said his biggest concern was a “steady drumbeat of misinformation” that he said he feared could undermine confidence in the result of the 2020 election.

Wray’s testimony follows an August 7 warning by the director of the National Counterintelligence and Security Center, that Russia, China and Iran were all trying to interfere in the November 3 election.

Related Topics:FBIRussiaus election
Up Next