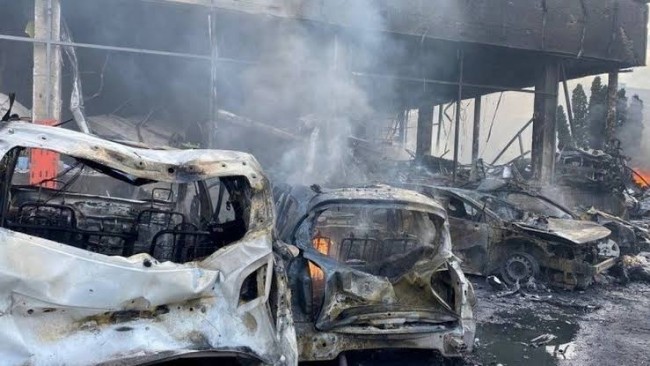 The Ukrainian military has confirmed that at least 23 civilians were killed while over 100 were injured when Russian missiles on Thursday night struck a city in the central part of the country, far from the front lines.

“It was a building of a medical organization. When the first rocket hit it, glass fell from my windows.

“And when the second wave came, it was so deafening that my head is still buzzing. It tore out the very outermost door, tore it right through the holes,” a Vinnytsia resident was quoted as saying.

The Vinnytsia region Governor Serhiy Borzov, in a statement on the attack, however said Ukrainian air defenses downed two of the four incoming Russian missiles.

National Police Chief Ihor Klymenko said only six bodies had been identified so far, while 39 people were still missing.

“Three children younger than 10 where among the dead. Of the 66 people hospitalized, five remained in critical condition while 34 sustained severe injuries,” the Ukraine’s State Emergency Service said.