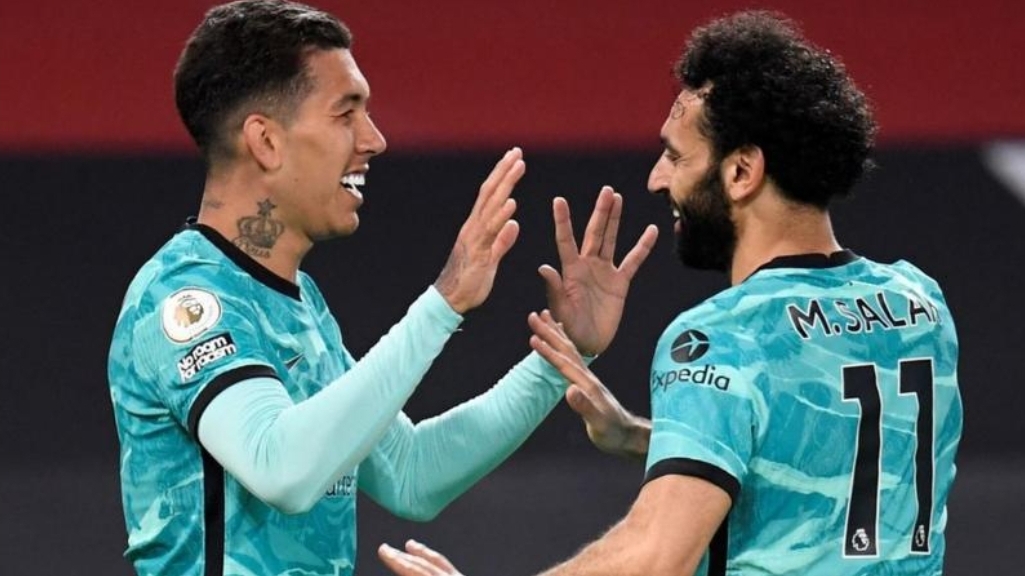 Liverpool came from behind to beat Manchester United 4-2 in a Premier League clash at Old Trafford on Thursday.

Mohamed Salah and Roberto Firmino helped the visitors seal an incredible victory away from home as they boosted their chances to secure an European spot next season.

The last season’s champions had battled with poor form this season, losing their title to Manchester City and now seeking to finish in top four.

Victory at Old Trafford means the Jurgen Klopp side are up to fifth and four points behind fourth-placed Chelsea who have a game in hand.

United had drawn the first blood when Bruno Fernandes opened scoring in the 10th minute, but Diogo Jota equalized on 34 minutes.

Firmino scored his first of the night at the stroke of halftime to put the Reds ahead before doubling their lead two minutes into the second half following another fine effort.

Marcus Rashford gave the hosts hope on 68 minutes as they kept pushing for an equaliser, but Salah put the game beyond them with a 90th-minute goal.

Earlier on Thursday, Everton played a goalless draw with Aston Villa. Super Eagles forward Alex Iwobi was in action from the 75th minute.